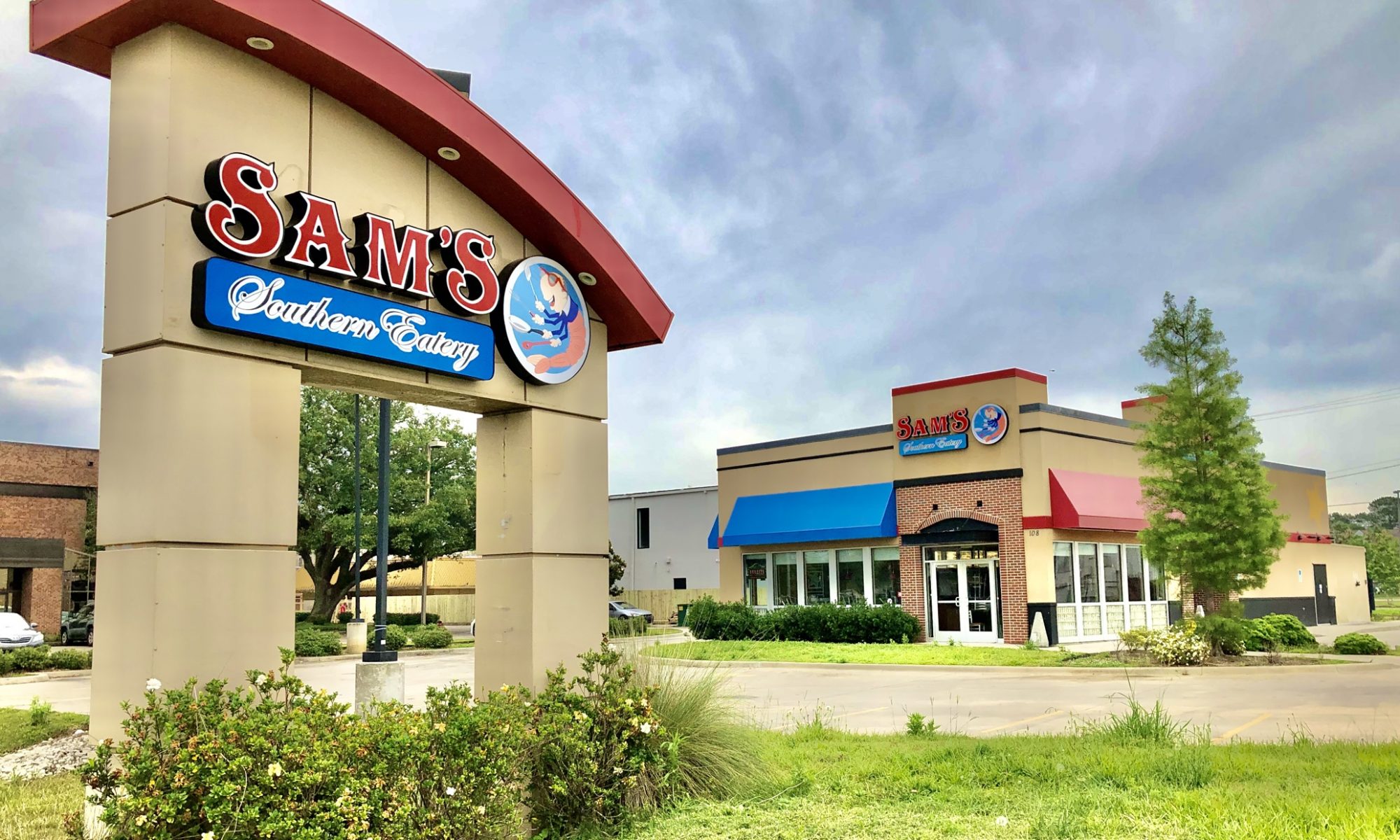 Sam’s Southern Eatery, a Shreveport, Louisiana-based franchise, will be opening soon in the former Hardee’s at 108 E Kaliste Saloom Road.

The food style is “Home Style Southern Cooking”, according to their branding.

Sam’s Southern Eatery first made their Lafayette debut in the former Northside Pizza Hut at 1420 NE Evangeline Thruway. For one reason or another, that location closed shortly after opening. As the saying goes, if you get knocked down, pick yourself back up and try again. This seems to be the case for Sam’s new Kaliste Saloom location.