FacebookTwitterSubscribe
#mc_embed_signup{background:#fff; clear:left; font:14px Helvetica,Arial,sans-serif; } /* Add your own MailChimp form style overrides in your site stylesheet or in this style block. We recommend moving this block and the preceding CSS link to the HEAD of your HTML file. */
Subscribe To Our Digest!
* indicates required
Email Address *
Digest Frequency (select one or both) Daily Weekly/Monthly
(function($) {window.fnames = new Array(); window.ftypes = new Array();fnames[0]='EMAIL';ftypes[0]='email';fnames[1]='FNAME';ftypes[1]='text';fnames[2]='LNAME';ftypes[2]='text';fnames[3]='ADDRESS';ftypes[3]='address';fnames[4]='PHONE';ftypes[4]='phone';}(jQuery));var $mcj = jQuery.noConflict(true); 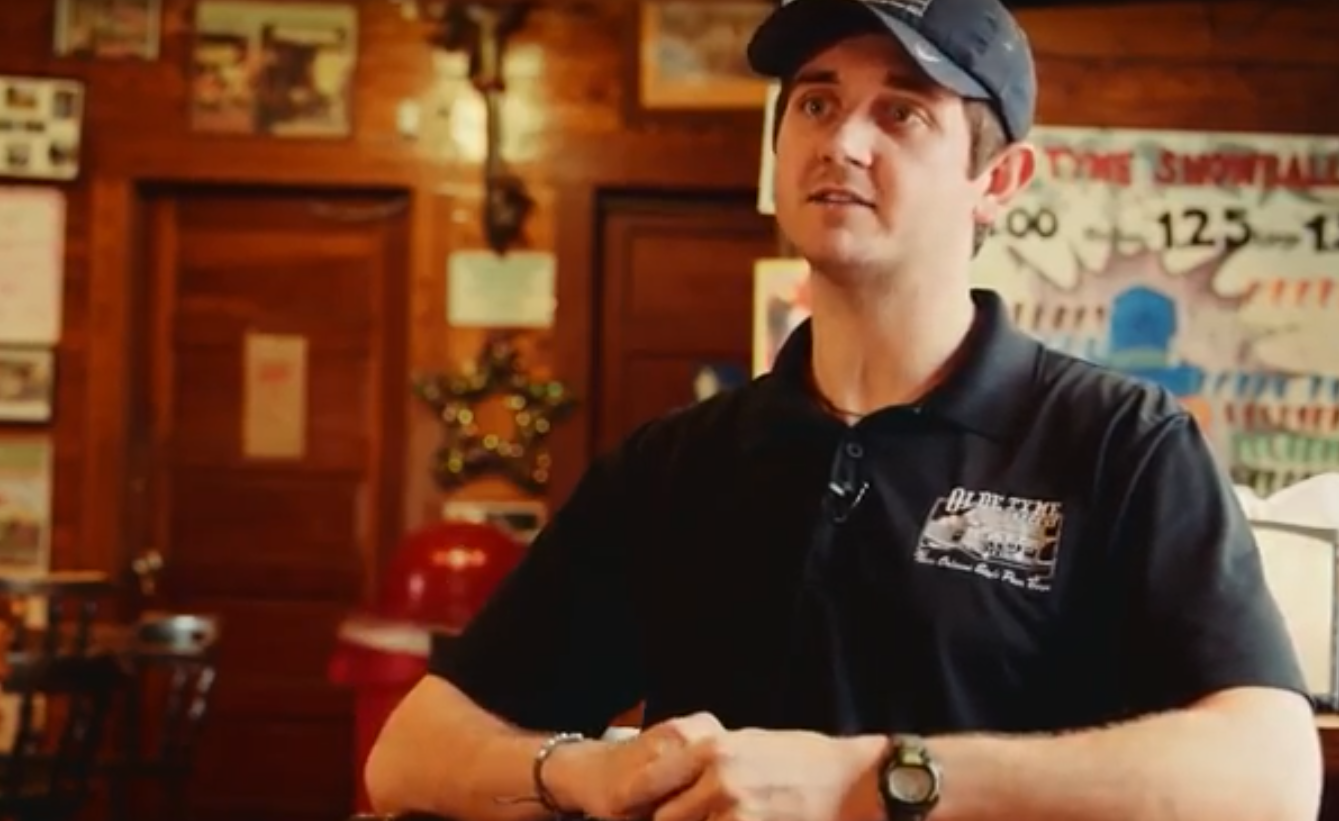 In 1982, Ross’ dad, Glenn Murphree, purchased Olde Tyme Grocery on his birthday. Back then, it was just a small grocery store with a deli case, and Glenn was the only employee. Growing up in New Orleans, Glenn loved a good poor-boy sandwich, which is one of the things he sold at Olde Tyme. During the early days, Olde Tyme Grocery produced an average of 12 sandwiches daily. Now that number is sure to be closer to hundreds of sandwiches per day.

Olde Tyme Grocery has a very loyal following with repeat customers stopping in weekly, and even daily. They treat their customers like family, along with the UL & Ragin Cajun community.

Being a part of the UL community, and the Ragin Cajun community is very important. It’s part of our success.

Many of the Olde Tyme Grocery employees are UL students, and they are all really close. Ross says that they host different company functions, and parties to help get to know their employees better. When it comes to the type of employee, it takes a special one to work for Olde Tyme, because of what is expected out of them. Many of their employees work with Olde Tyme for a good length of time, says Ross, because they do take care of them. But they are tough on them, too, and are treated like family.

When it comes to the Lenten season, it’s one of the biggest parts of the year for Olde Tyme. They even go as far as designing special Lenten season t-shirts for the staff, which is only obtainable by working for Old Tyme.

Customers ask to buy those shirts, and we don’t sell it to them because you have to work here. You have to sweat & bleed over here to get a shirt.

Wearing a Lenten shirt from Olde Tyme is suggested to be a sign of how tough you may be to work for such a successful local company.