8.9k
SHARES
FacebookTwitterSubscribe
#mc_embed_signup{background:#fff; clear:left; font:14px Helvetica,Arial,sans-serif; } /* Add your own MailChimp form style overrides in your site stylesheet or in this style block. We recommend moving this block and the preceding CSS link to the HEAD of your HTML file. */
Subscribe To Our Digest!
* indicates required
Email Address *
Digest Frequency (select one or both) Daily Weekly/Monthly
(function($) {window.fnames = new Array(); window.ftypes = new Array();fnames[0]='EMAIL';ftypes[0]='email';fnames[1]='FNAME';ftypes[1]='text';fnames[2]='LNAME';ftypes[2]='text';fnames[3]='ADDRESS';ftypes[3]='address';fnames[4]='PHONE';ftypes[4]='phone';}(jQuery));var $mcj = jQuery.noConflict(true); 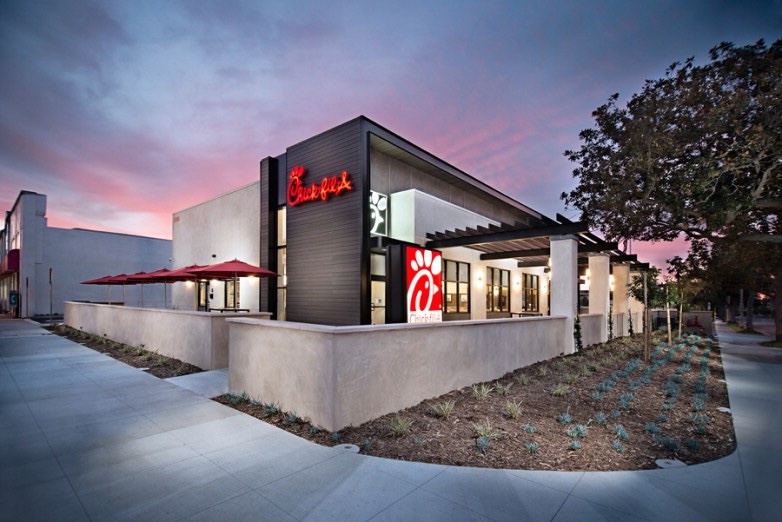 A new, more centrally located Chick-fil-A is coming soon to the corner of 5300 Johnston Street & Ridge Road, across from Time Plaza shopping center, according to public documents.

Known for its Grade A chicken, hence the capital “A” in the name, Chick-fil-A has grown to become one of the most sought-after quick-service chicken restaurants in the country. In fact, Chick-fil-A ranks as the highest-earning chicken franchise in the U.S. with a collective $10.5 billion in sales; followed by KFC, Popeye’s, Zaxby’s, Bojangles, Wingstop, and arguably the second busiest chicken restaurant in South Louisiana, Raising Cane’s. — https://www.nrn.com/top-200-restaurants/top-10-chicken-chains-us/gallery

In Lafayette, Louisiana, one of Chick-fil-A’s pain point locations is the Ambassador Caffery Parkway store, which has a shorter than needed drive-thru line positioned just feet away from a busy thoroughfare. Though that location will soon close as they are relocating into a brand new structure, located at Kaliste Saloom and Ambassador, that is designed & built for today’s current drive-thru volume. This new relocation will feature the company’s new double drive-thru efficiency model that will have a 50-car capacity.

The new Chick-fil-A location at Johnston & Ridge will be set back on the property, according to the site plans shown below. There will also be a well-planned double drive-thru that appears to offer a near similar 50-car capacity as the new Kaliste Saloom store.

As the Ambassador store moves to its new Kaliste Saloom location, a void will be left in Lafayette’s center as many lunch-goers refuse to fight the horrific traffic that is South Lafayette. And the Louisiana Avenue location is just not feasible for a quick lunch for residents in the middle of town. Oh sure, there’s the mall food court location, but there isn’t a drive-thru. So this leaves a perfect opportunity to position a Chick-fil-A near the city center to provide ease of access and to help alleviate the strain on the other two standalone locations.

Our best estimate for a tentative completion date for the new Chick-fil-A is set for September of this year. Though, depending on when construction starts, which should be soon, completion could be sooner or later. Y’all know how it be around here.