736
SHARES
FacebookTwitterSubscribe
#mc_embed_signup{background:#fff; clear:left; font:14px Helvetica,Arial,sans-serif; } /* Add your own MailChimp form style overrides in your site stylesheet or in this style block. We recommend moving this block and the preceding CSS link to the HEAD of your HTML file. */
Subscribe To Our Digest!
* indicates required
Email Address *
Digest Frequency (select one or both) Daily Weekly/Monthly
(function($) {window.fnames = new Array(); window.ftypes = new Array();fnames[0]='EMAIL';ftypes[0]='email';fnames[1]='FNAME';ftypes[1]='text';fnames[2]='LNAME';ftypes[2]='text';fnames[3]='ADDRESS';ftypes[3]='address';fnames[4]='PHONE';ftypes[4]='phone';}(jQuery));var $mcj = jQuery.noConflict(true); 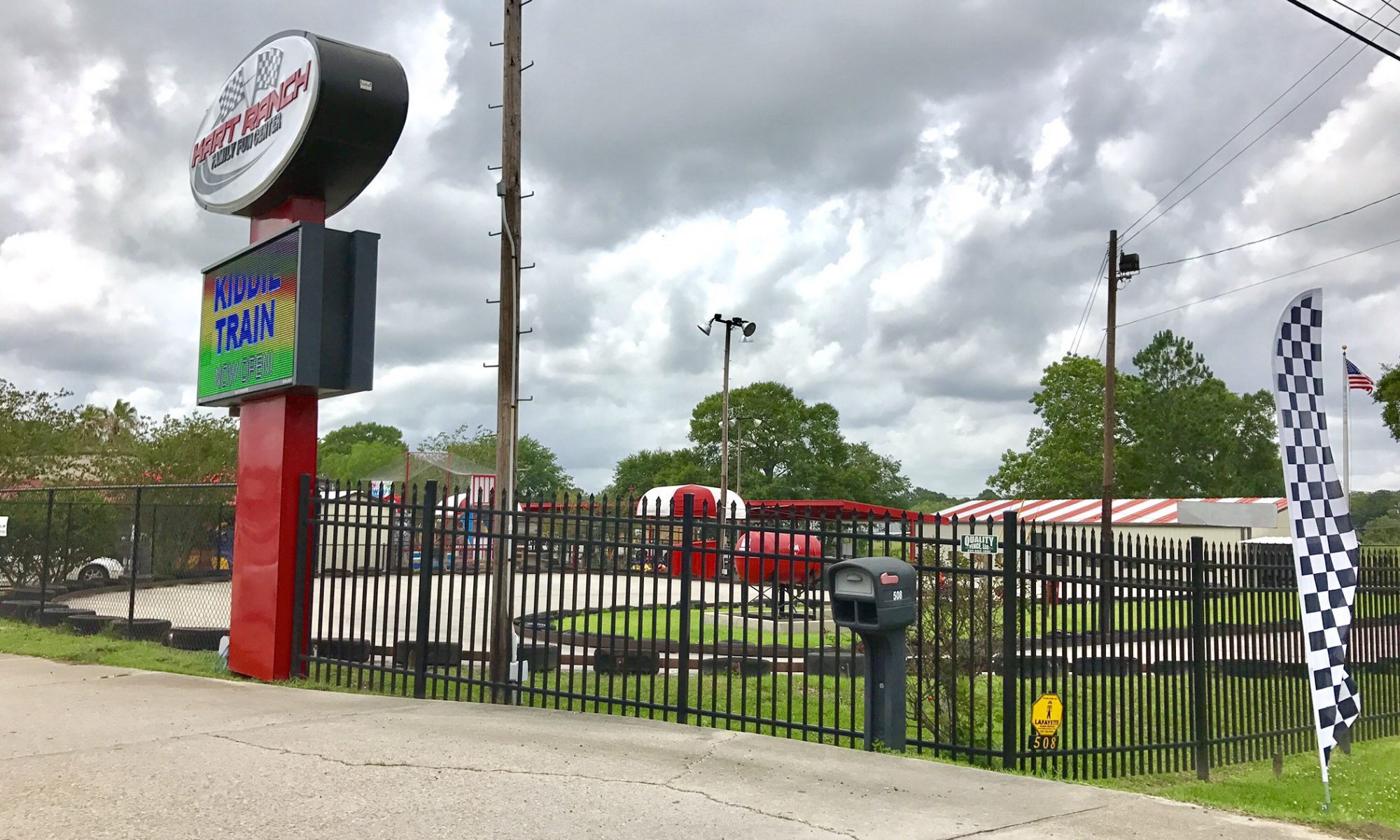 Over the past two years, Kart Ranch, located at 508 Youngsville Hwy, has been making some pretty significant changes to their play area and attractions. Some of the improvements over the course of two years include: a new playplace/tunnel system that is two levels high(the ball cleaner is still there), a tall rock wall, kiddie train, a laser maze, renovations to their party rooms and new restrooms.

The most recent upgrades include new Battle Botz, an interactive floor game that responds to body gestures, a super cool 2017 version of Space Invaders(see video below), retro game murals on every wall, and a ticketless card playing system—no need for tokens!

Near future expansion plans that you’ll love include: expanding the overall building to accommodate growth, high-end Laser Tag that doesn’t exist in or around Lafayette, and a new larger race track that will be positioned on newly acquired land behind the Kart Ranch property. I can’t begin to tell you how pumped we are about the changes, you know, for our kids sake. 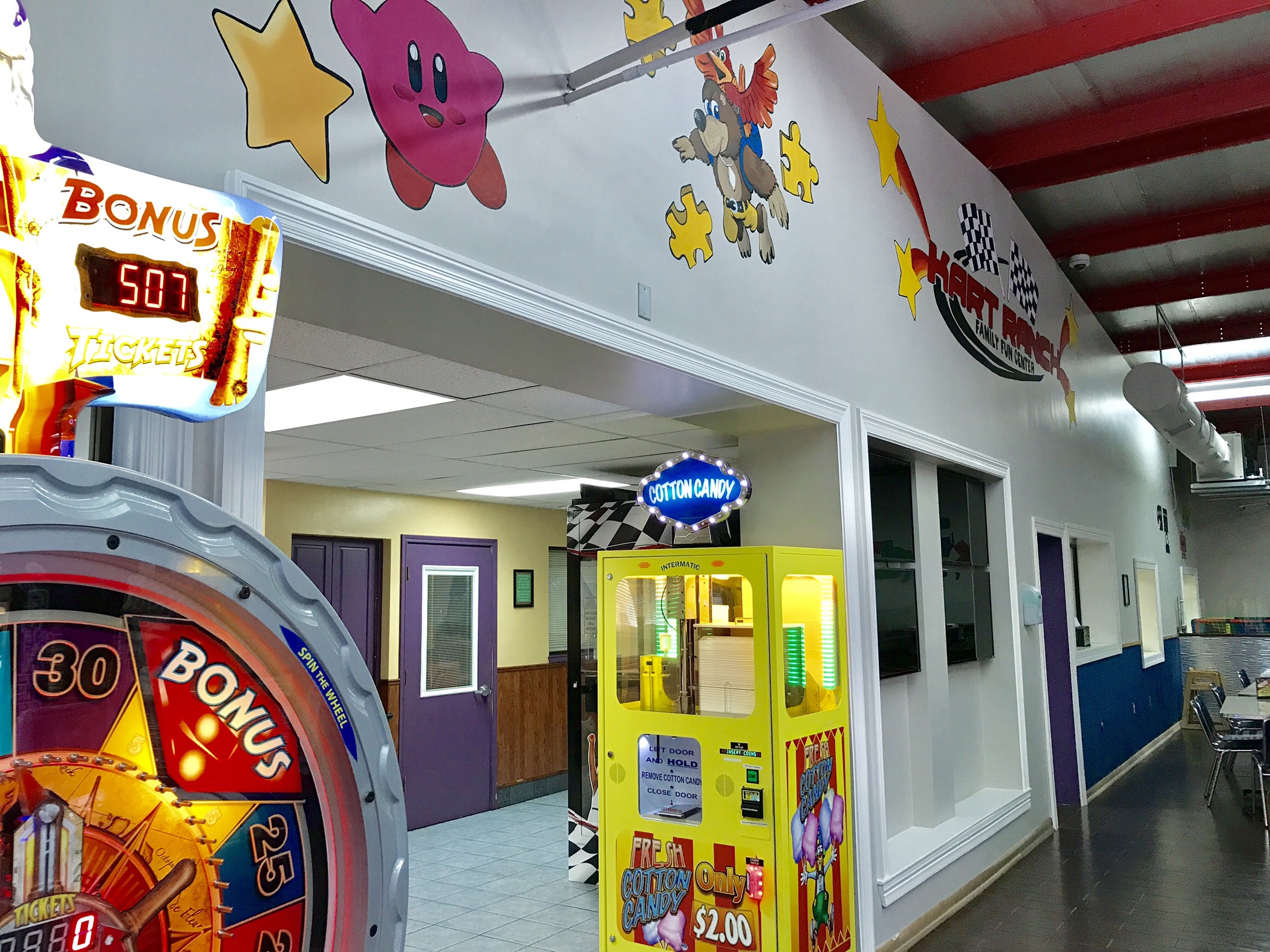 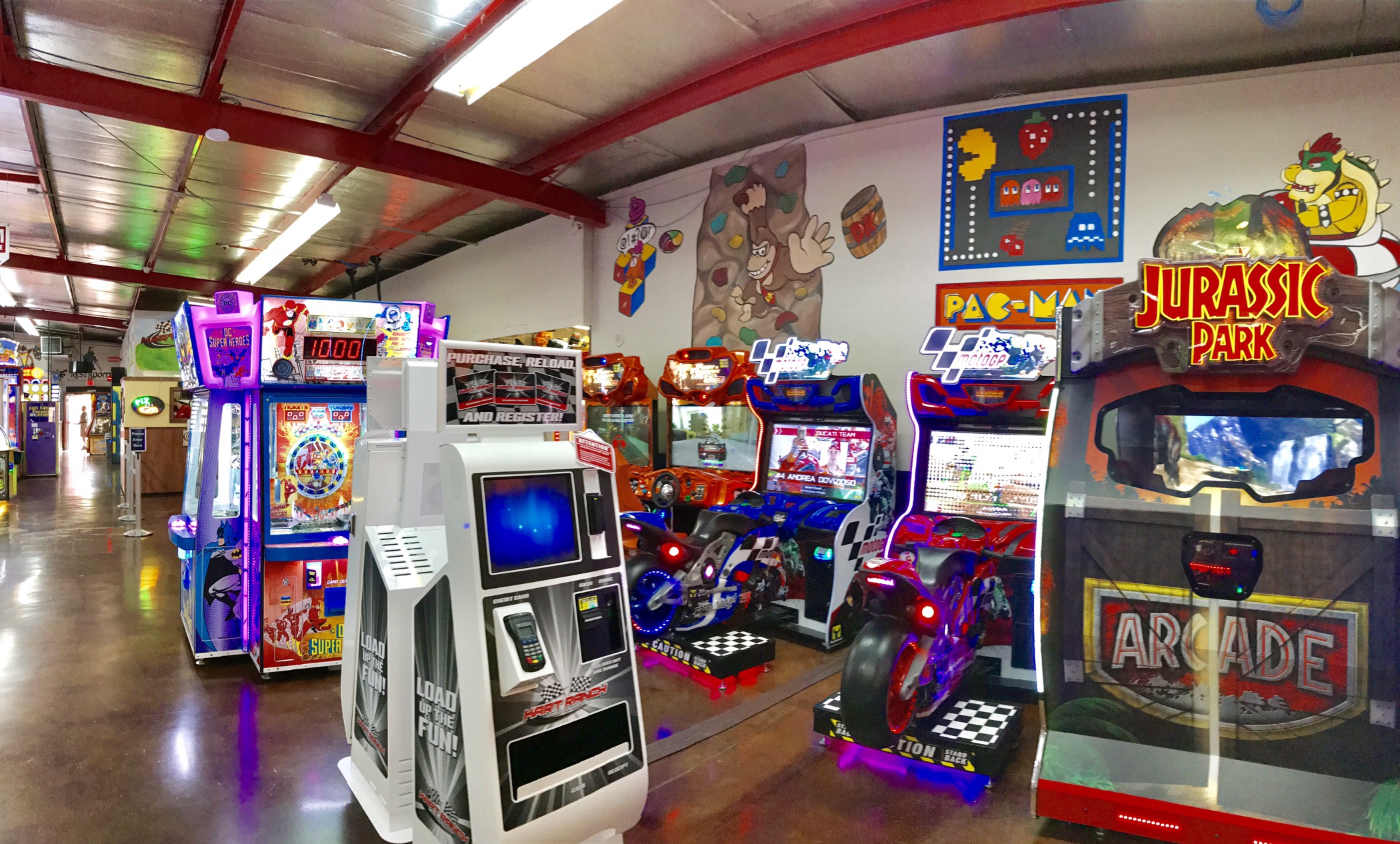 Shot of the card kiosk, murals, and games. 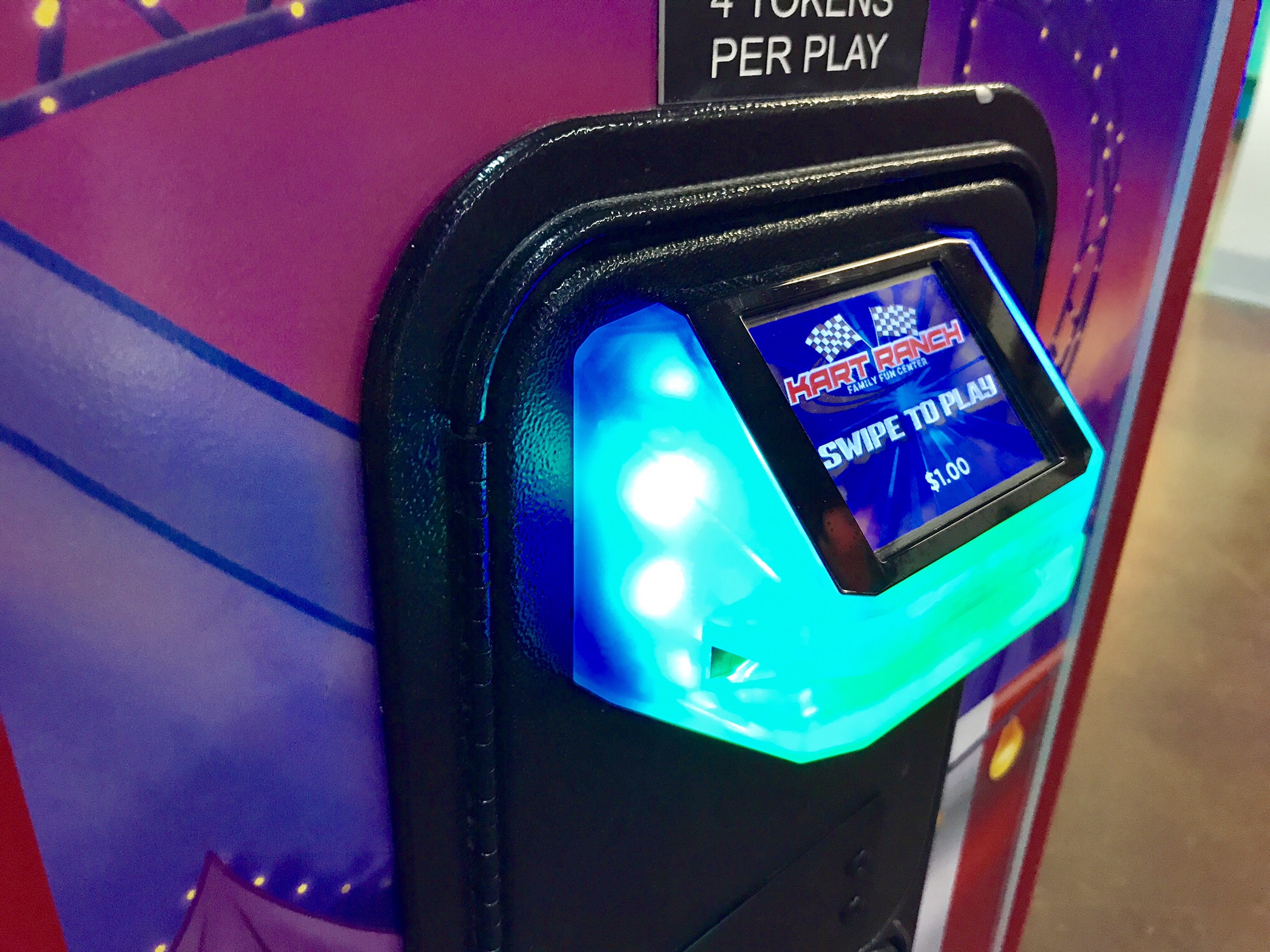 Photo of card swiper at games. 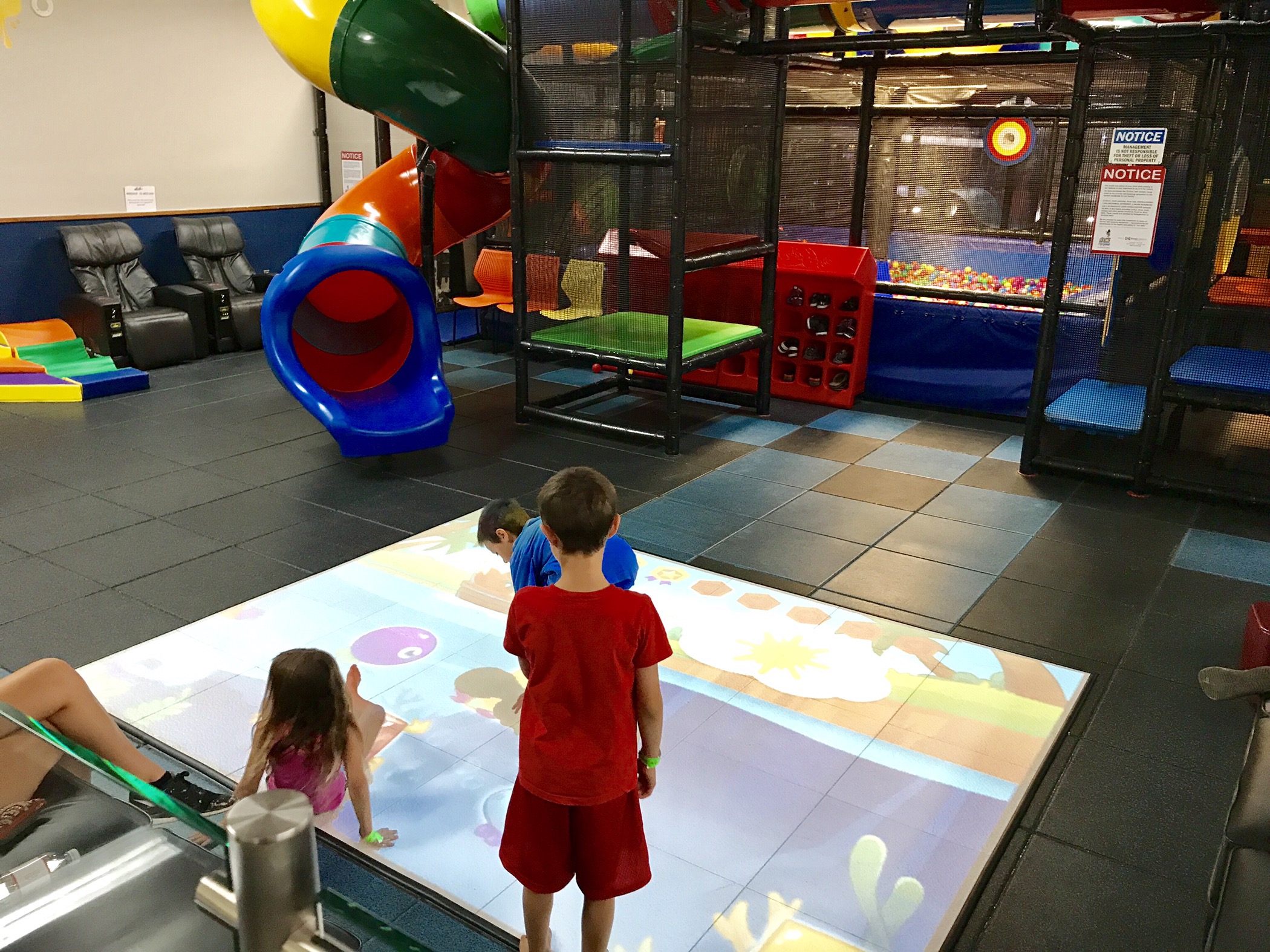 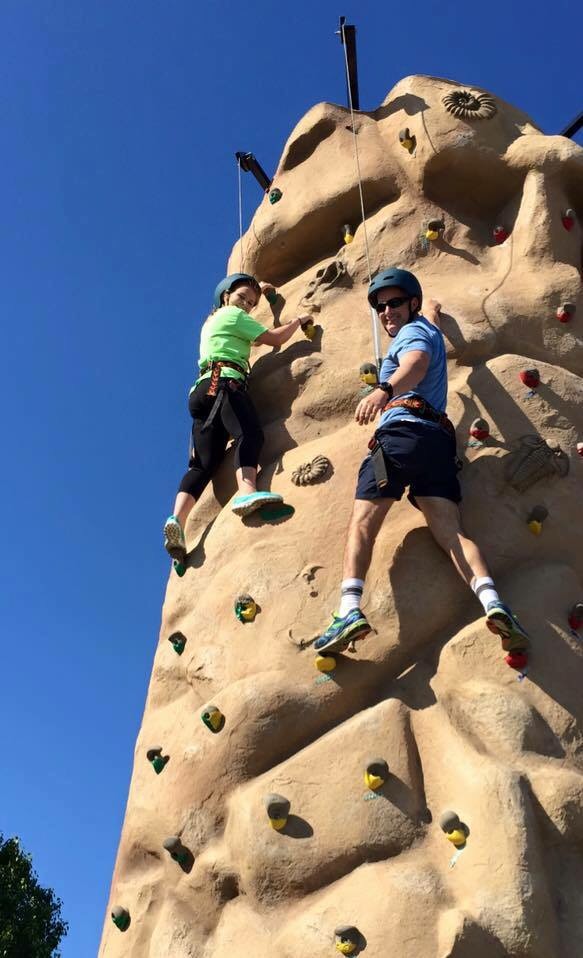 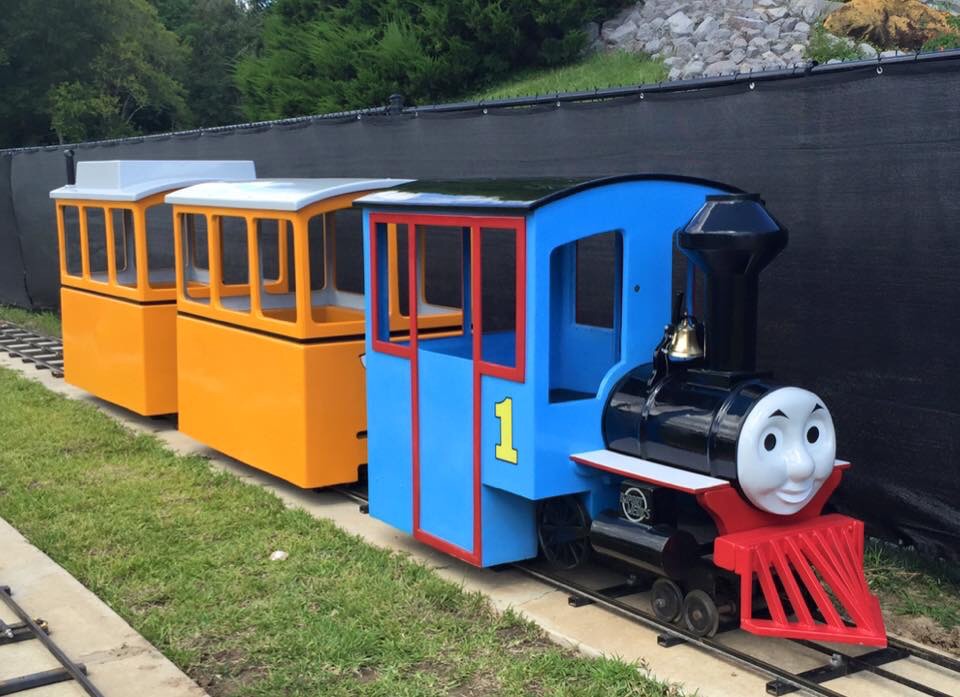