33
SHARES
FacebookTwitterSubscribe
#mc_embed_signup{background:#fff; clear:left; font:14px Helvetica,Arial,sans-serif; } /* Add your own MailChimp form style overrides in your site stylesheet or in this style block. We recommend moving this block and the preceding CSS link to the HEAD of your HTML file. */
Subscribe To Our Digest!
* indicates required
Email Address *
Digest Frequency (select one or both) Daily Weekly/Monthly
(function($) {window.fnames = new Array(); window.ftypes = new Array();fnames[0]='EMAIL';ftypes[0]='email';fnames[1]='FNAME';ftypes[1]='text';fnames[2]='LNAME';ftypes[2]='text';fnames[3]='ADDRESS';ftypes[3]='address';fnames[4]='PHONE';ftypes[4]='phone';}(jQuery));var $mcj = jQuery.noConflict(true); 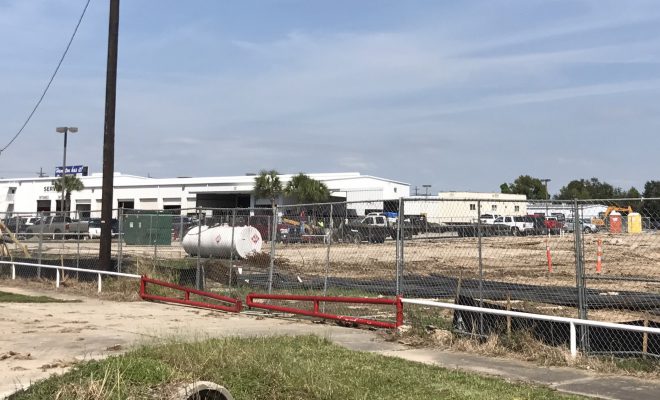 Hampton Automotive is probably one of the more known dealerships around Acadiana, partly due to the years of heavy advertising & car window slapping.

Over the past 4 years, a few new dealerships have popped up around Hampton’s territory, which means that Hampton better step it up! Especially since the arrival of Audi, Infiniti, KIA & soon a new Mercedes Benz dealership.

Well, Hampton is already moving forward with some new stuff of their own. The first order of business is a new parking lot in the back that will accommodate an entirely new building next to the existing building. This new building(building 2) will be a new service department, and the current building(building 1) will be partly demolished and renovated with an expanding showroom. Building 1 will also keep its current service department as well, according to plans.

Below are a few snips of what the plans look like. 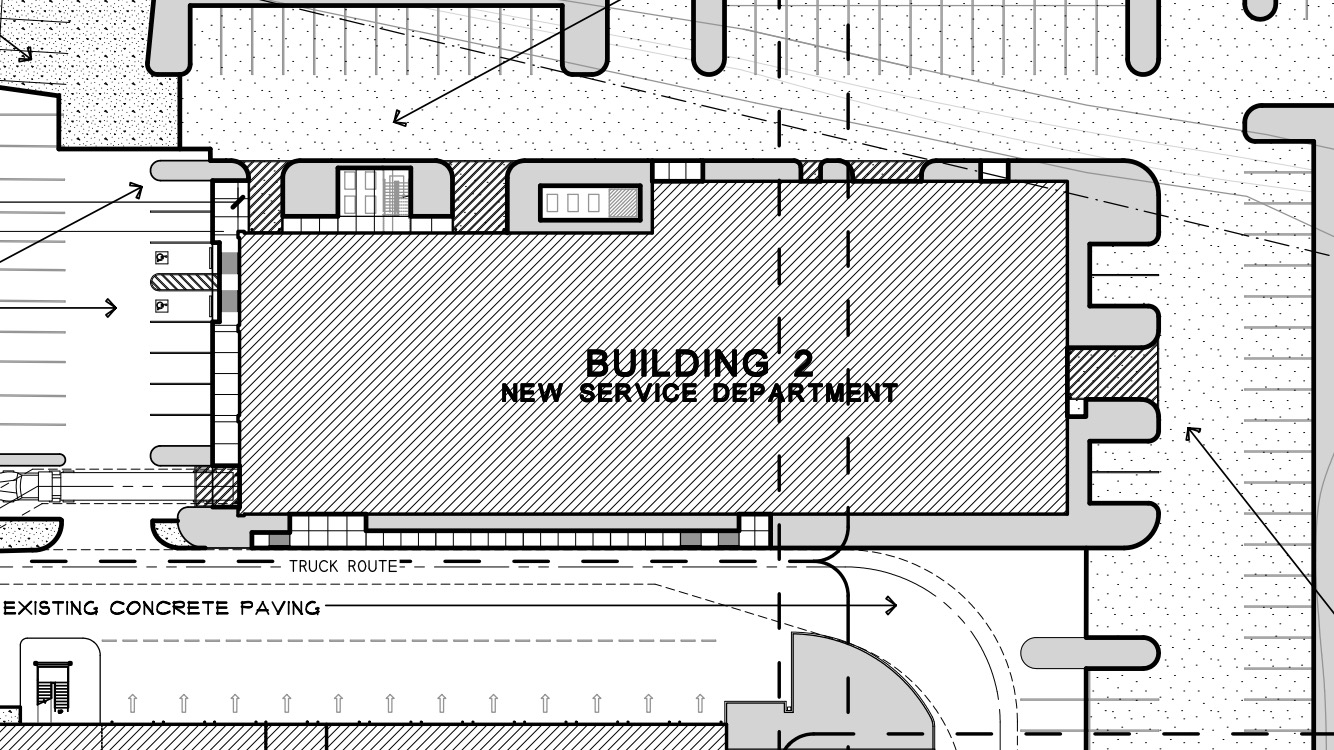 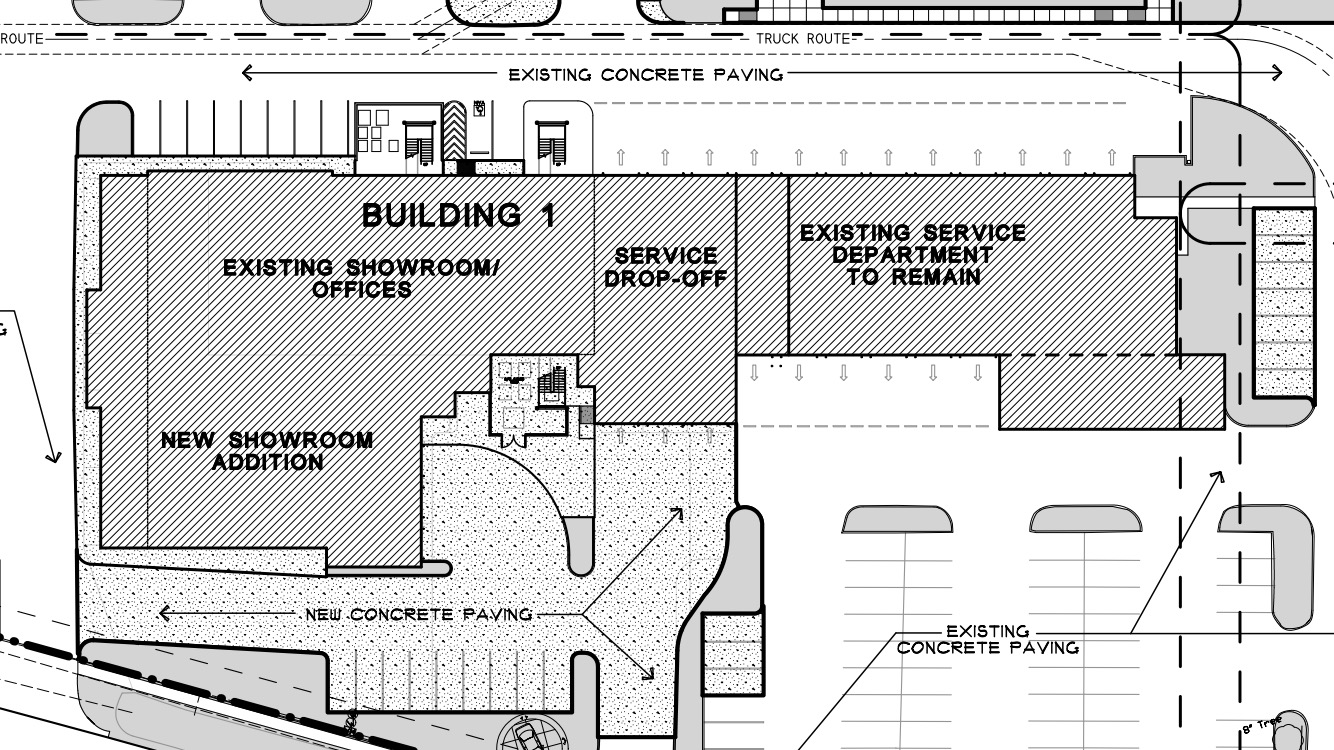 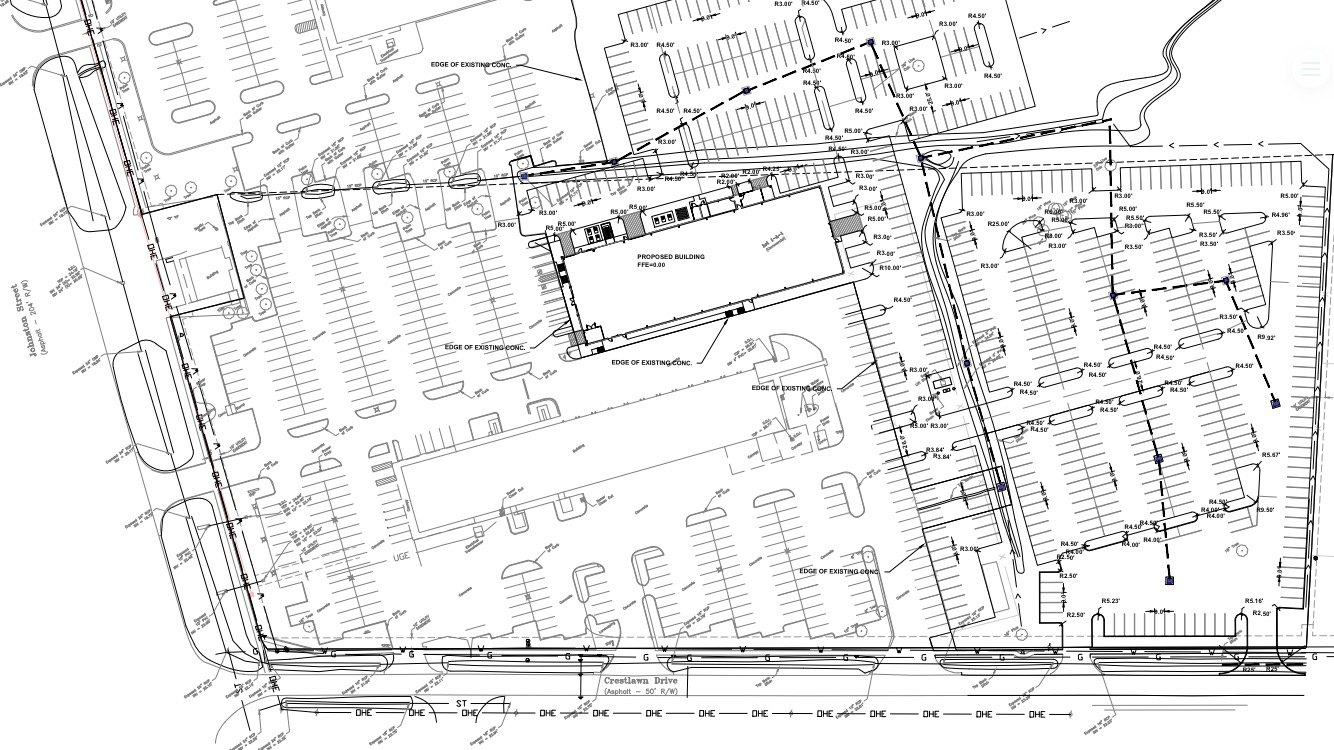