416
SHARES
FacebookTwitterSubscribe
#mc_embed_signup{background:#fff; clear:left; font:14px Helvetica,Arial,sans-serif; } /* Add your own MailChimp form style overrides in your site stylesheet or in this style block. We recommend moving this block and the preceding CSS link to the HEAD of your HTML file. */
Subscribe To Our Digest!
* indicates required
Email Address *
Digest Frequency (select one or both) Daily Weekly/Monthly
(function($) {window.fnames = new Array(); window.ftypes = new Array();fnames[0]='EMAIL';ftypes[0]='email';fnames[1]='FNAME';ftypes[1]='text';fnames[2]='LNAME';ftypes[2]='text';fnames[3]='ADDRESS';ftypes[3]='address';fnames[4]='PHONE';ftypes[4]='phone';}(jQuery));var $mcj = jQuery.noConflict(true);

The former Desperado’s “Gentlemen’s Club” at 3730 NE Evangeline Thruway appears to have been purchased and is getting stripped down, but in a cleaner way.

I made an attempt at finding out what is actually going on here, but I was left still begging for more info. My guess is that it will be repurposed, but for what? I am not sure if I could see it as a restaurant, unless they pour millions of gallons of bleach into this place. Then again, would one still want to eat there?

Some say that they would actually eat there, but only after it were torn down. 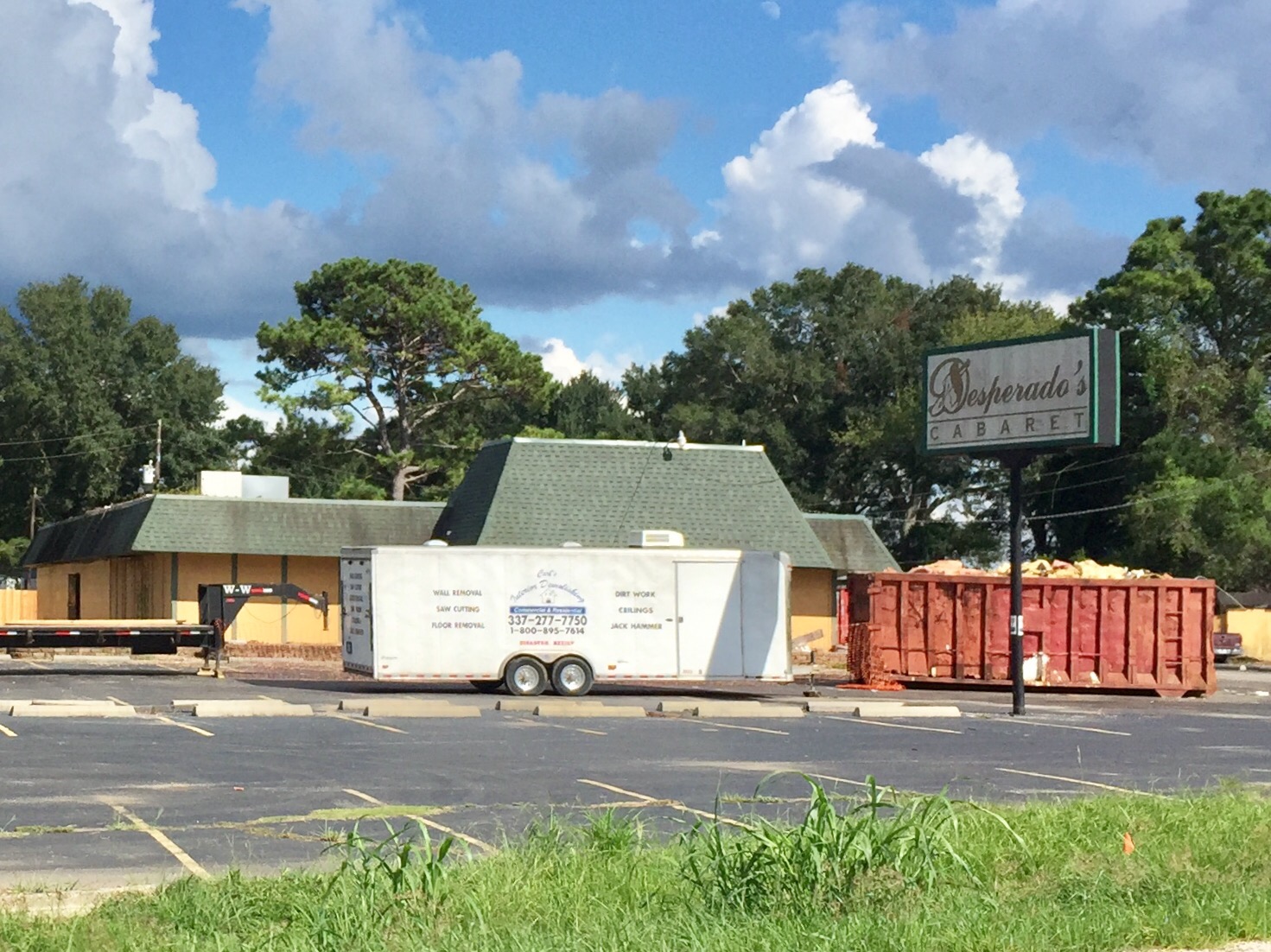 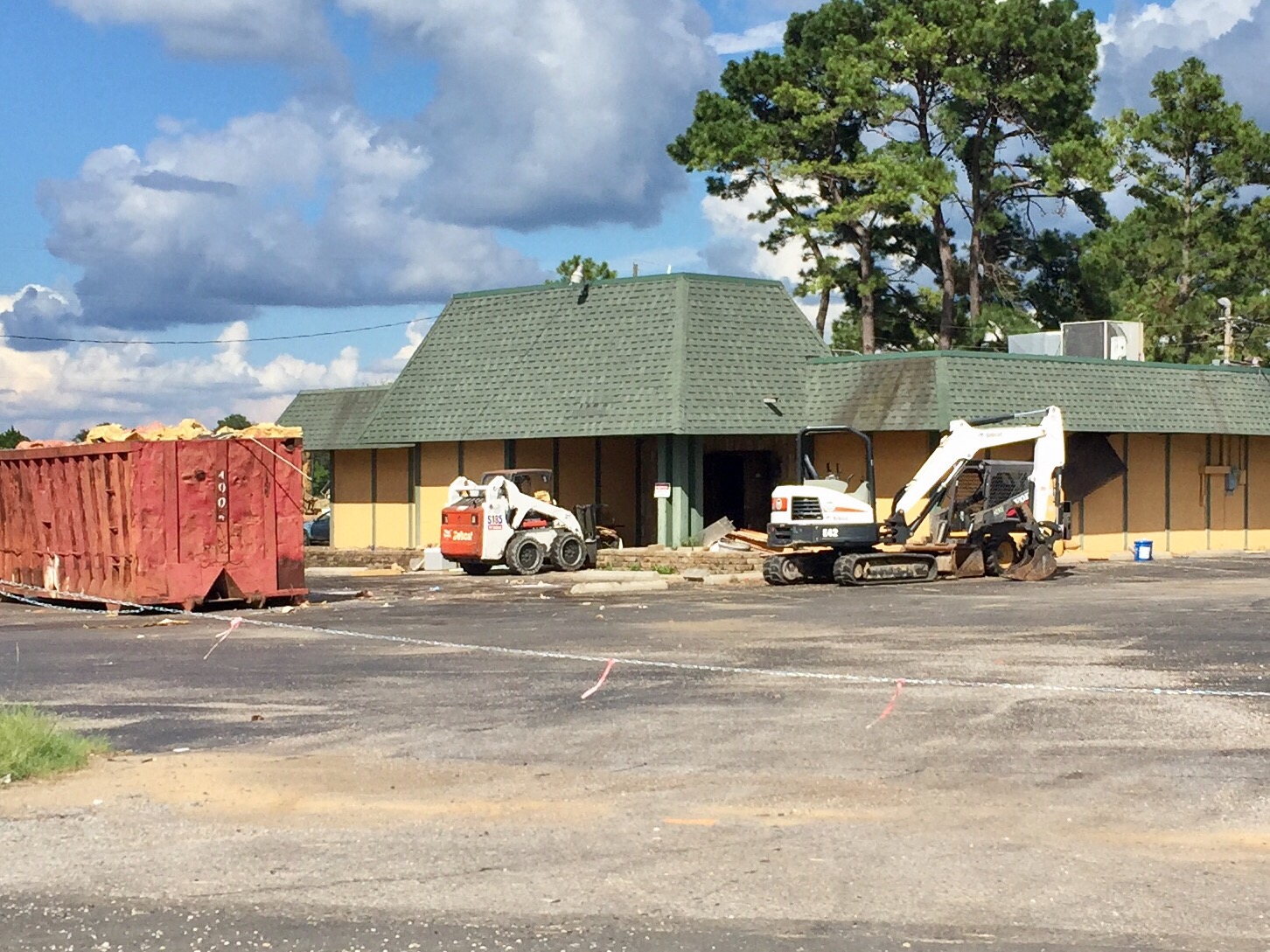