449
SHARES
FacebookTwitterSubscribe
#mc_embed_signup{background:#fff; clear:left; font:14px Helvetica,Arial,sans-serif; } /* Add your own MailChimp form style overrides in your site stylesheet or in this style block. We recommend moving this block and the preceding CSS link to the HEAD of your HTML file. */
Subscribe To Our Digest!
* indicates required
Email Address *
Digest Frequency (select one or both) Daily Weekly/Monthly
(function($) {window.fnames = new Array(); window.ftypes = new Array();fnames[0]='EMAIL';ftypes[0]='email';fnames[1]='FNAME';ftypes[1]='text';fnames[2]='LNAME';ftypes[2]='text';fnames[3]='ADDRESS';ftypes[3]='address';fnames[4]='PHONE';ftypes[4]='phone';}(jQuery));var $mcj = jQuery.noConflict(true); 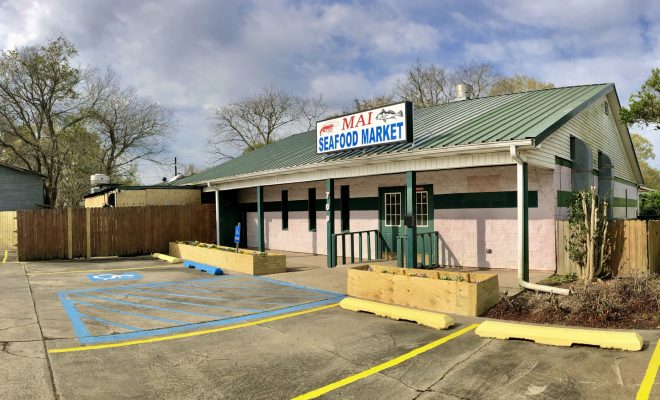 Country Cuisine closed a few years ago and was on the market for sale. It appears that the building has sold and the new owners plan to try their hand at operating a seafood restaurant in Lafayette.

We have not spoken to the owners, nor did we find any social media presence to source information. So based on pure speculation, we believe this to be in line with many of the other seafood establishments that have been popping up. Though, we could be wrong, which wouldn’t be the first time nor the last. At least the name of the restaurant isn’t a generic ‘American’ name with Seafood at the end, amirite?

While grabbing photos of the restaurant to post, we noticed many repairs to the fences, gates, and other portions of the outside.

We could probably see this restaurant open within the next couple of weeks.