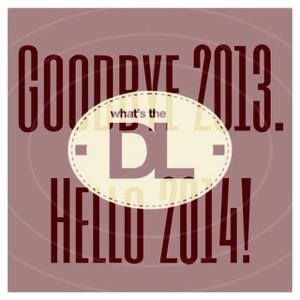 This year has been crazy for Lafayette and our page. As most of you know, I created the facebook page in April of 2012. Back then the page was alone without a website to back it up and was less than 2 or 300 likes strong. In 2013, the page exploded in popularity, which prompted the next phase of the page. Jack L. of cajunwebdesign.com who is a co-worker saw great potential in my page and decided to help. He, along with a few others including myself put built developinglafayette.com. The site has really brought some great things for us. Including the ability to monetize the page to help with the demand of wanting to know more about new places. Plus, I am able to provide a great way for new businesses to take advantage of advertising to some of the best people ever.

What is the reason for the explosion of Developing Lafayette? Well, great followers and content of course. In March, we shared the Whole Foods and Cajun Cable X developments. Just that news alone, boosted the page likes from 700 on up to 1700 likes in less than a month. Since then, the pages following has grown about 500 – 1500 likes a month. For me, this is very exciting, because it just re affirms that idea I had for the page and what it means to the community.

Along with Whole Foods there were some other great announcements made in 2013. Like, the new Infiniti dealership, Cavenders Boot City and the return of Southside Bakery. Those were all great things for Lafayette, but it doesn’t stop there. One of Baton Rouge’s own restaurateurs, the owner of Ruffino’s saw promise in our little big town and opened Ruffino’s On The River. Ruffino’s will forever be a special place for me because my fiance and I had our first dinner date there after becoming engaged.

The Northside of Lafayette also has seen a big increase in development over the course of the year. Along with the new Super 1 Foods that opened in 2012. They now have a Taco Bell, a new Popeyes and several new shopping center developments. These new developments have increased traffic in Carencro and those areas surrounding. Developments like this were absent for so long here. Carencro, although small will continue to see new developments far into the new year and beyond. Not to mention, the news of a 2nd Buffalo Wild Wings that will be located off Pont De Mouton.

Other big news that was released in 2013 was the arrival of Hardee’s and the start of Lafayette’s first NEW Dairy Queen! Lafayette’s food truck scene has exploded too. Of course, most of the major announcements listed here are about food, but hey, we love our food right? Want more food? The news of a Mellow Mushroom was also a big hit with their fancy “funky” pizza concept.

I may not have listed every major thing about 2013, but surely everything in 2013 has been a blessing for Lafayette. Without any of these, our city would be stagnate and that we are surely not. We are growing at an incredible rate. Our retail sector has also seen a big jump. Like the arrival of Bengals & Bandits that opened their 2nd location in support of the Ragin Cajuns.

There is one thing that if I had to say was the biggest food related news. Would have to be the long awaited opening of Five Guys Burgers. This place has been on the hit list of would be goers for a while. In fact, I posted about them in 2012 and finally in 2013 after a year; they open. When they did open, it was nuts. Long lines and all, but they were fast enough to keep the lines rolling.

Going into the new year, I see big things happening in 2014. BIG things… literally. It may sound like I know something. That’s because I do. However, you will have to wait for the breaking news. If there were ever to be a “Game Changer” in Lafayette, this should be it.

I will leave you with that. I hope all of you have a great end of the year celebration and Happy New Year!!! Here’s to 20,000 likes next year! 🙂

P.S. Pardon my grammar. I am taking steps to improve. 🙂