607
SHARES
FacebookTwitterSubscribe
#mc_embed_signup{background:#fff; clear:left; font:14px Helvetica,Arial,sans-serif; } /* Add your own MailChimp form style overrides in your site stylesheet or in this style block. We recommend moving this block and the preceding CSS link to the HEAD of your HTML file. */
Subscribe To Our Digest!
* indicates required
Email Address *
Digest Frequency (select one or both) Daily Weekly/Monthly
(function($) {window.fnames = new Array(); window.ftypes = new Array();fnames[0]='EMAIL';ftypes[0]='email';fnames[1]='FNAME';ftypes[1]='text';fnames[2]='LNAME';ftypes[2]='text';fnames[3]='ADDRESS';ftypes[3]='address';fnames[4]='PHONE';ftypes[4]='phone';}(jQuery));var $mcj = jQuery.noConflict(true); 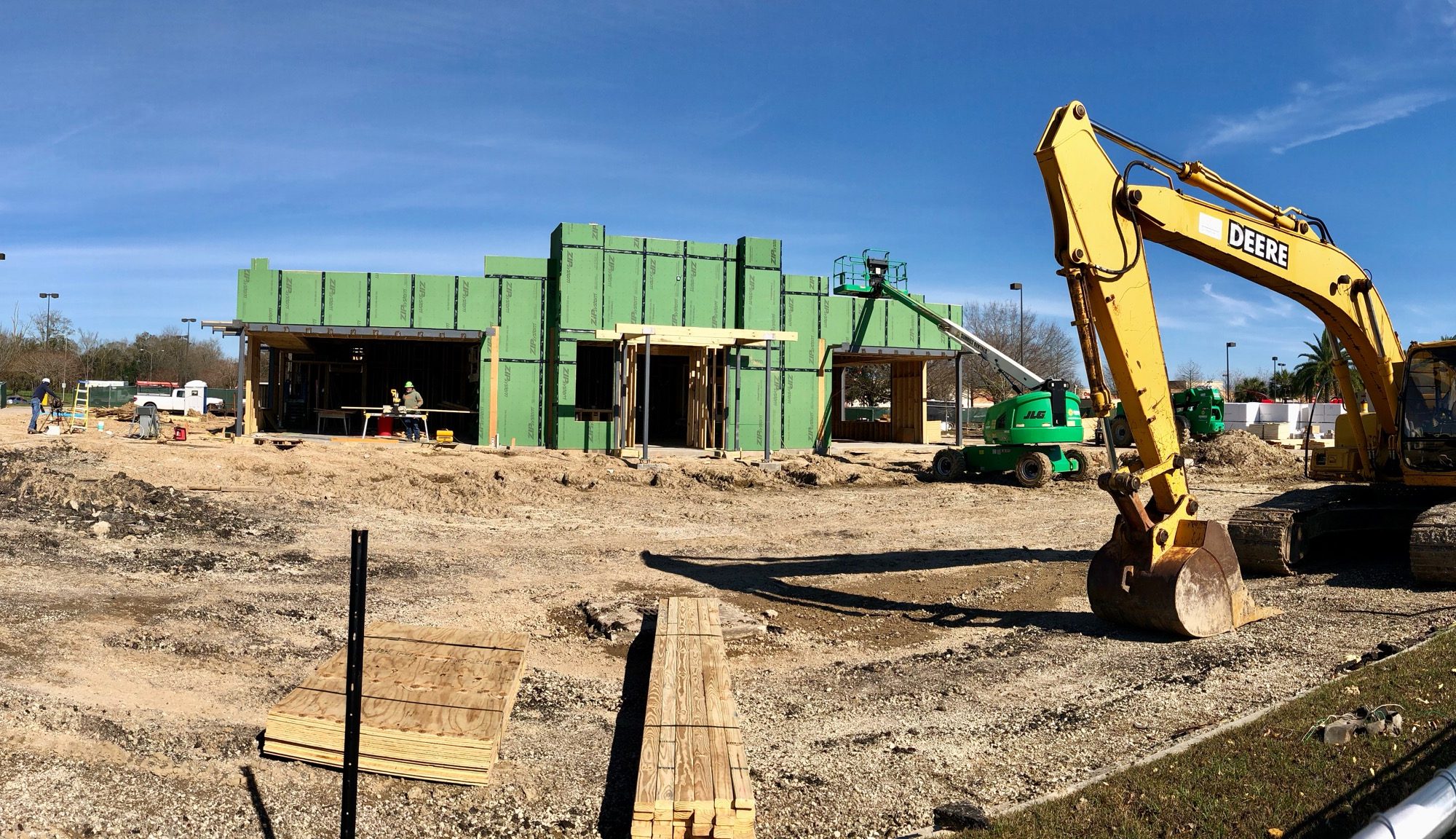 Back in November 2019, we shared that Chili’s Grill & Bar would be demolishing the former O’Charley’s restaurant, located at 4301 Ambassador Caffery in front of Super Targét, to build a brand new Chili’s restaurant. Click here to see more about the new Chili’s

According to the word on the street, the Chili’s located further up on Ambassador Caffery may end up moving their crew to this new location and close the old one. By the way, didn’t I say that this would happen fast? I mean, it’s been less than three months and the O’Charley’s has already been mowed down and a new structure resembling a Chili’s is already more than 25% complete.

The photos in this post clearly shows you the progress of the soon to open Chili’s, which is said to be their newest store layout.

As construction continues, we will update you guys on the expected opening date. Personally, we are curious as to what this new layout looks like.