342
SHARES
FacebookTwitterSubscribe
#mc_embed_signup{background:#fff; clear:left; font:14px Helvetica,Arial,sans-serif; } /* Add your own MailChimp form style overrides in your site stylesheet or in this style block. We recommend moving this block and the preceding CSS link to the HEAD of your HTML file. */
Subscribe To Our Digest!
* indicates required
Email Address *
Digest Frequency (select one or both) Daily Weekly/Monthly
(function($) {window.fnames = new Array(); window.ftypes = new Array();fnames[0]='EMAIL';ftypes[0]='email';fnames[1]='FNAME';ftypes[1]='text';fnames[2]='LNAME';ftypes[2]='text';fnames[3]='ADDRESS';ftypes[3]='address';fnames[4]='PHONE';ftypes[4]='phone';}(jQuery));var $mcj = jQuery.noConflict(true); 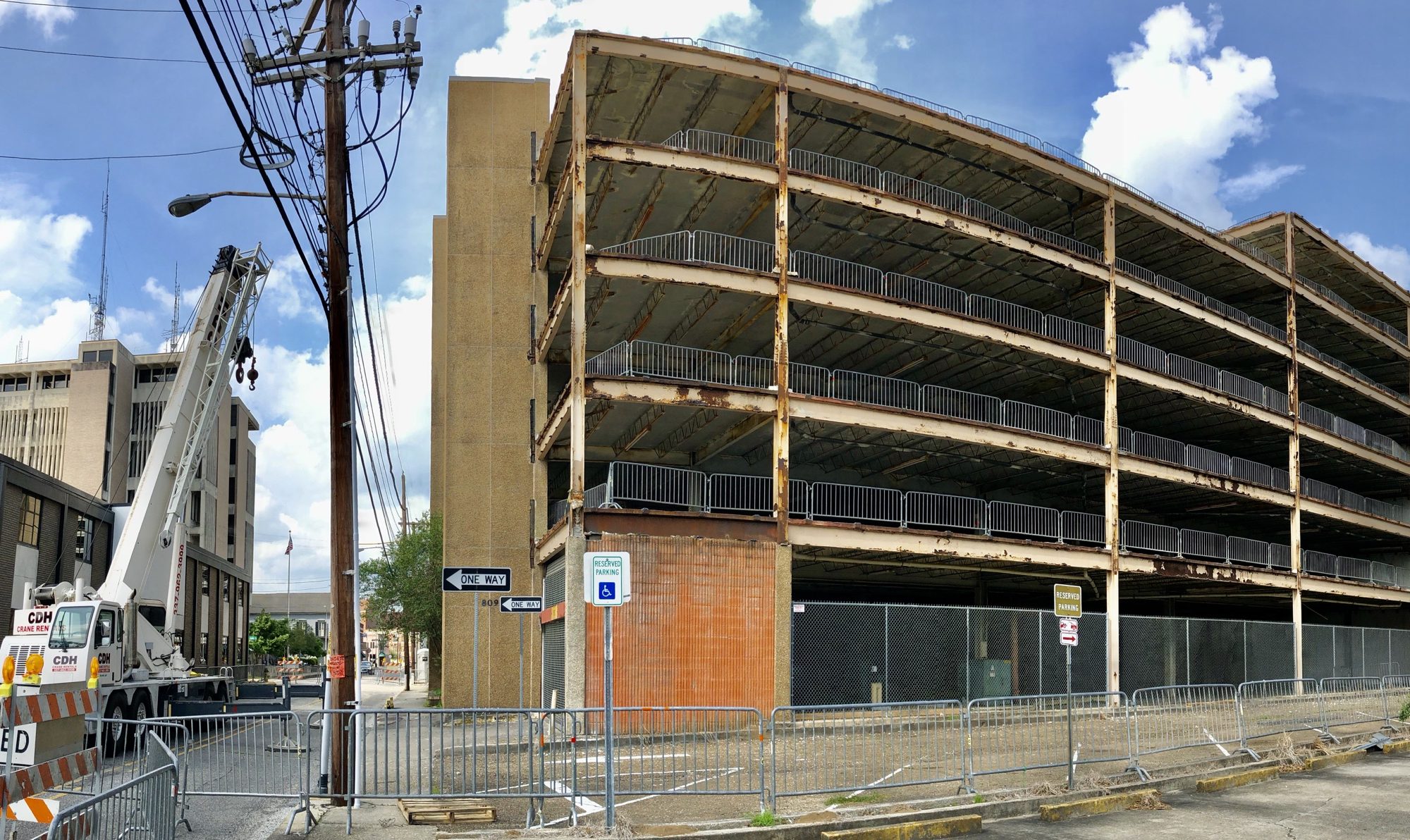 The Buchanan Garage, located at 809 S Buchanan Street in Downtown Lafayette, is being partially dismantled as part of a remediation project by Lafayette Consolidated Government (LCG).

In late January of this year, LCG announced that it would not be moving forward with any one of the proposed RFP developments. Instead, it was said that an inspection would take place to determine the best course of action to aid in public safety.

Listed below are the task that has been completed as of now, according to Downtown Lafayette’s Facebook account.

As for the ‘Cajunism’ mural, leaders in Downtown are reassuring that every effort is being made to protect the mural.

“The concrete panels on the building that the mural is mounted on are in critical condition. The concrete panels have become a danger and have to be dismantled. So the mural has to removed first to get to the concrete panels. The mural panels will be stored. There have been City officials talking with me from a few years ago up to now, many talks recently. We have discussions about how or whether to try preserve, restore, or recreate later. I’ve outlined several options with them. As always, we’ll work together to get the best deal we can for the art to stay. It’s encouraging, flattering to hear from everyone. Thank you.” — ‘Cajunism’ artist Robert Dafford.

We will follow the progress of this project and if anything changes that’s note worthy, we will catch you up!