575
SHARES
FacebookTwitterSubscribe
#mc_embed_signup{background:#fff; clear:left; font:14px Helvetica,Arial,sans-serif; } /* Add your own MailChimp form style overrides in your site stylesheet or in this style block. We recommend moving this block and the preceding CSS link to the HEAD of your HTML file. */
Subscribe To Our Digest!
* indicates required
Email Address *
Digest Frequency (select one or both) Daily Weekly/Monthly
(function($) {window.fnames = new Array(); window.ftypes = new Array();fnames[0]='EMAIL';ftypes[0]='email';fnames[1]='FNAME';ftypes[1]='text';fnames[2]='LNAME';ftypes[2]='text';fnames[3]='ADDRESS';ftypes[3]='address';fnames[4]='PHONE';ftypes[4]='phone';}(jQuery));var $mcj = jQuery.noConflict(true); 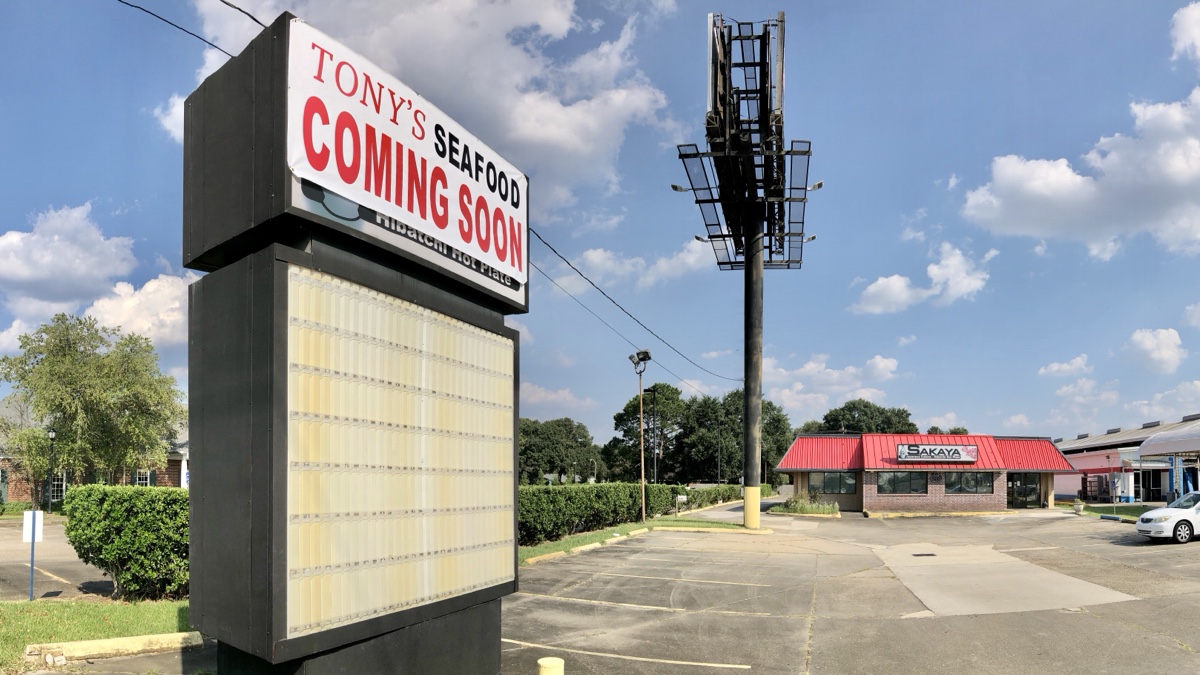 Now, we do not have any concrete information on Tony’s Seafood but, what we do have are clues. What do I mean by clues? Well, if you’re familiar with Kevin’s Seafood on N. University at four corners or Charlie’s Seafood on Moss Street, then you may be able to guess the menu for Tony’s Seafood.

There seems to be a trend with local restaurants generically named after what some may call typical “American” names. After all, the names are familiar with respect to how common they sound. Upon examining the menus at Kevin’s and Charlie’s Seafood, you’ll find a lot of similar dishes like Poboys, fried platters, burgers, and fried chicken, which are mostly American—Kevin & Charlie agree. But the menus also yield some familiar Chinese fare like lo mein, pepper steak, fried rice, and kung pao plates!

At the moment, we firmly believe that Tony’s menu will be similar to Kevin’s and Charlie’s. I mean, c’mon, aren’t Kevin, Charlie & Tony all brothers?

We did search for social media accounts for Tony’s Seafood, though we were left without any results. Now we wait until the menu surfaces on Waitr to confirm the relationship between the menus.

We have confirmed that this is not the Tony’s Seafood out of Baton Rouge. 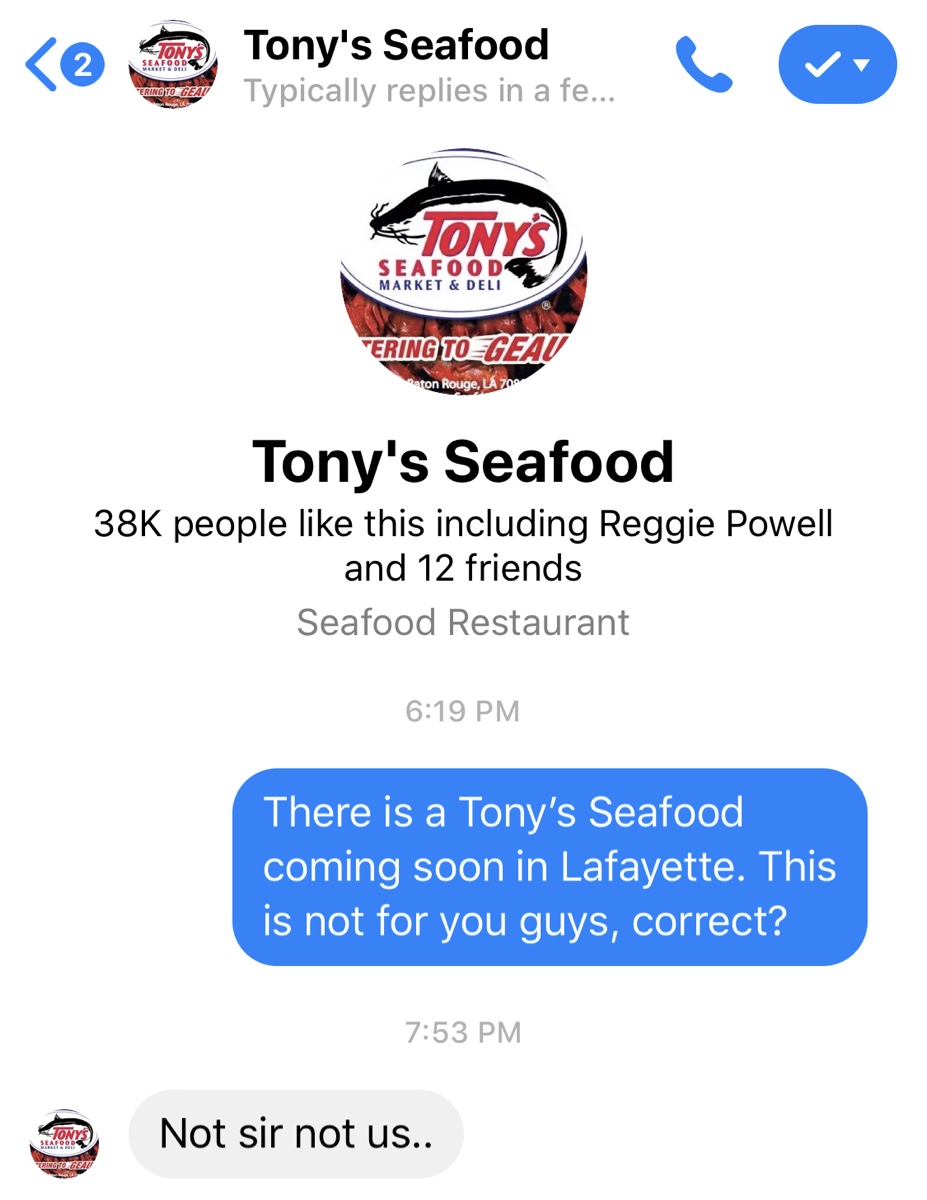 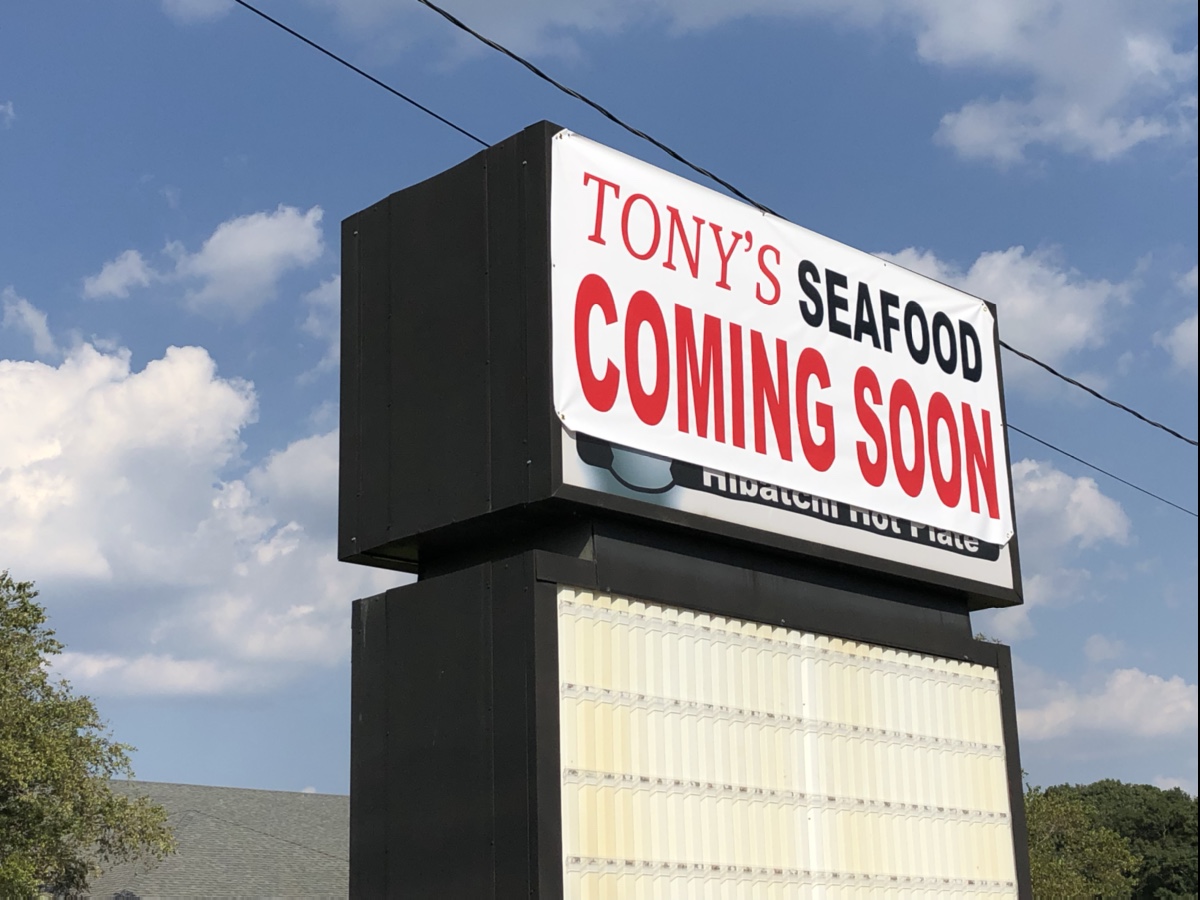 Below are Kevin and Charlie’s Seafood locations. Notice the similar logo icons. 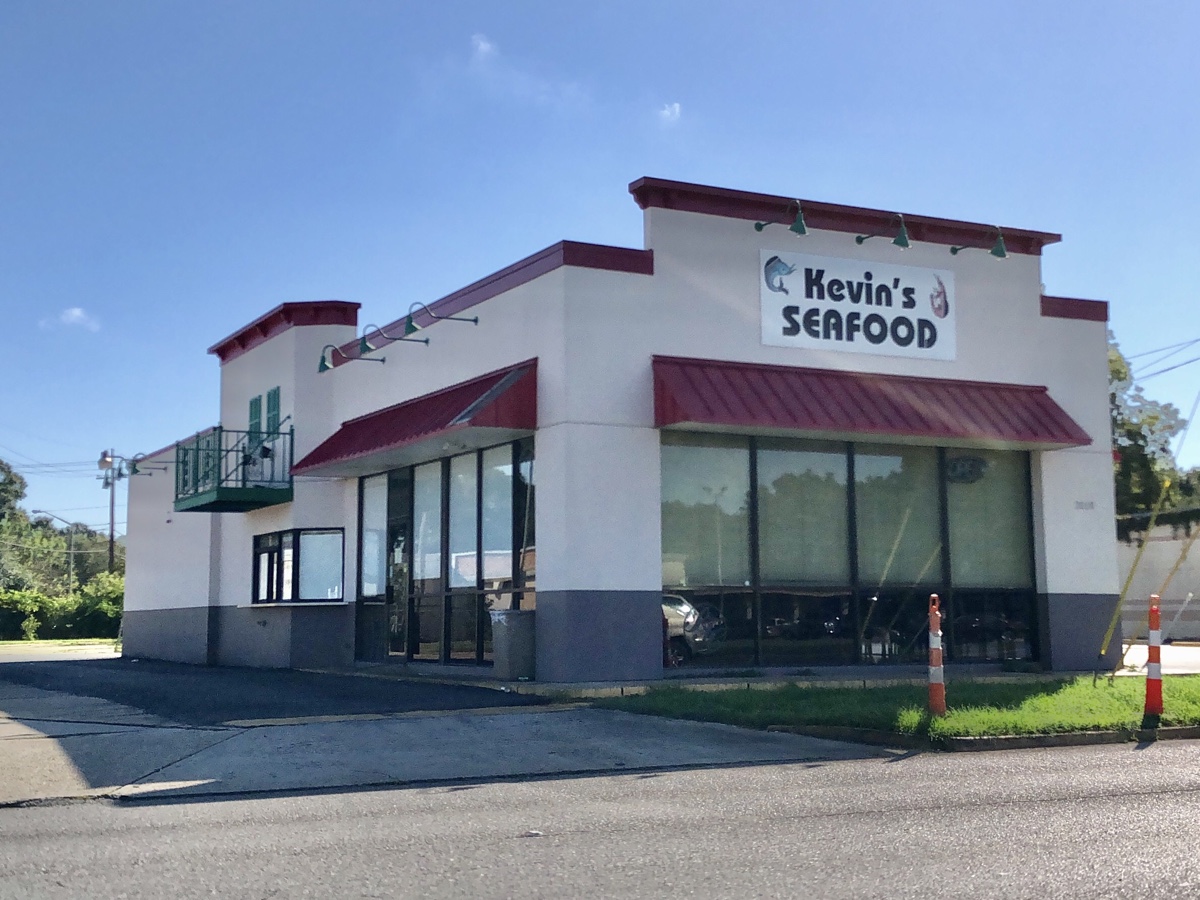 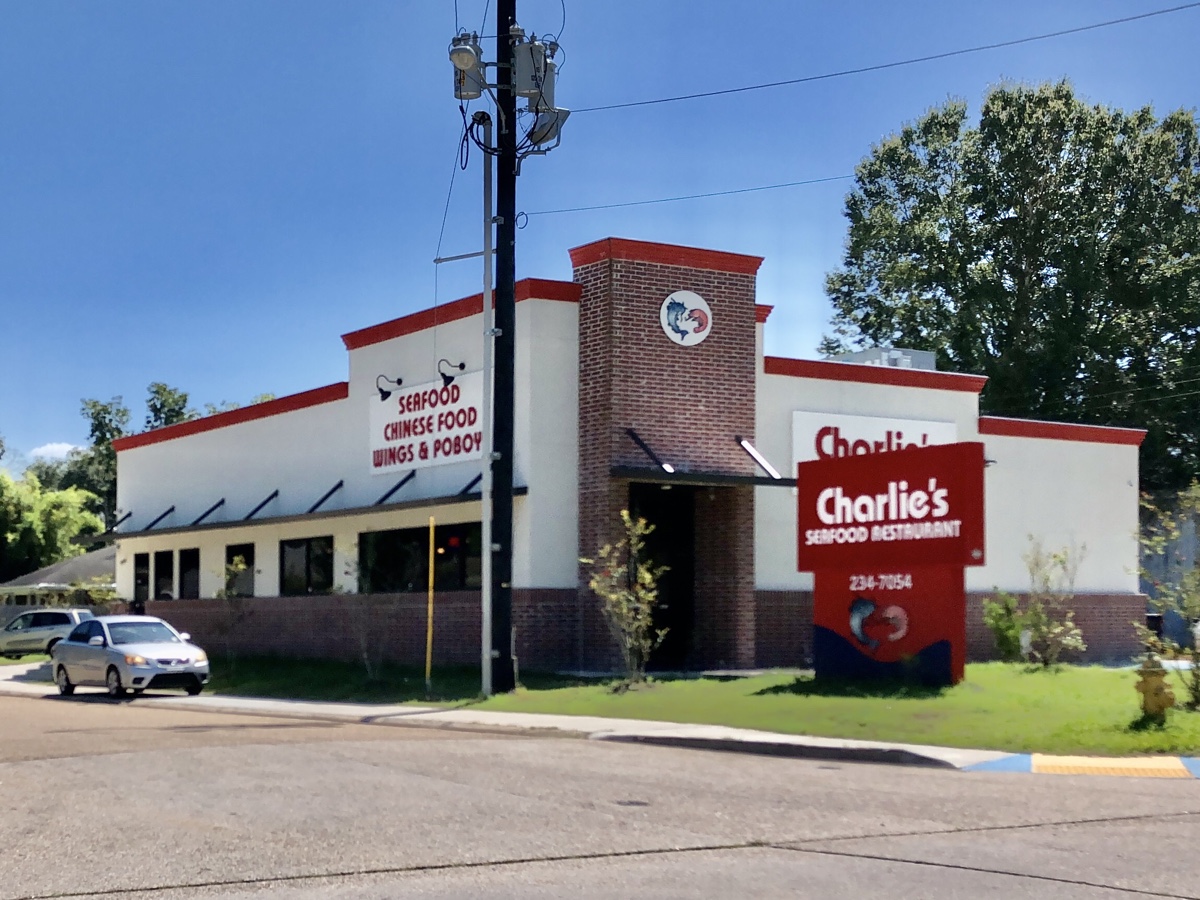 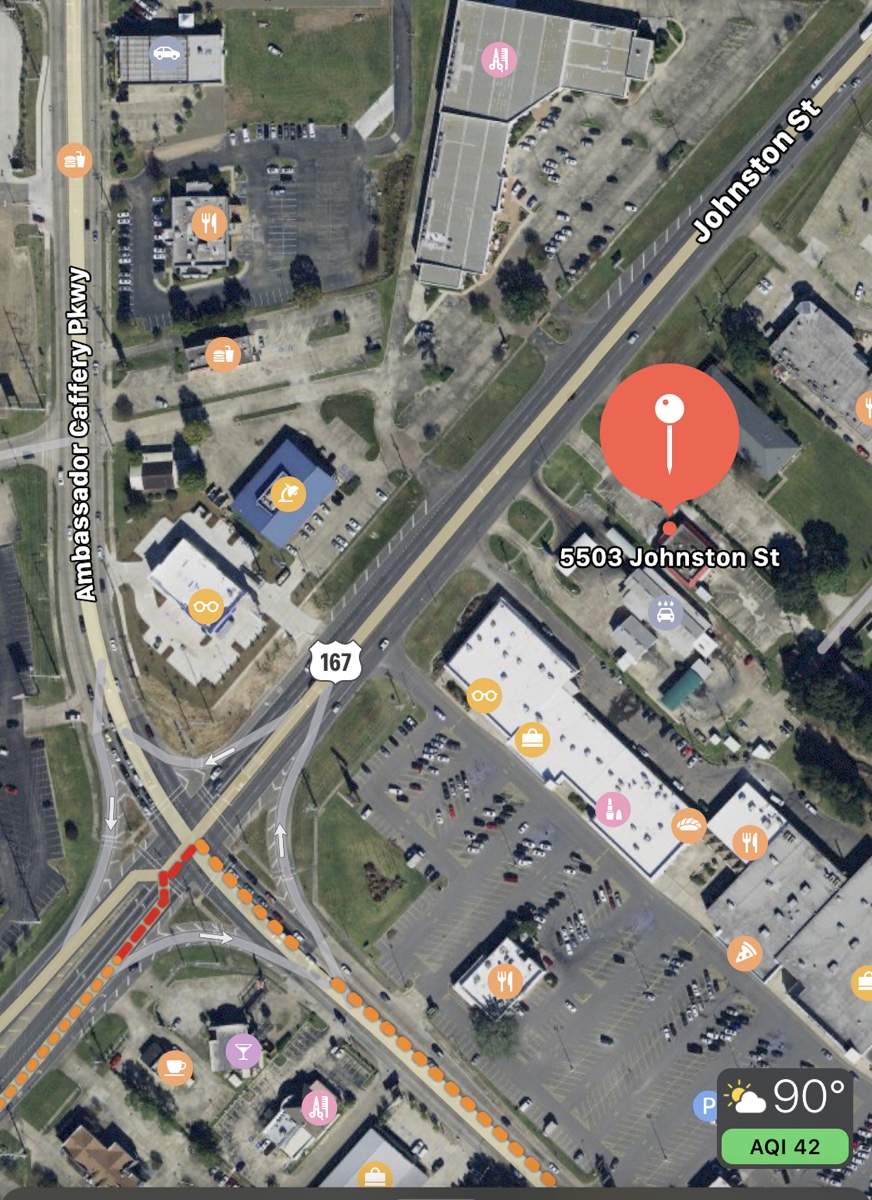