12
SHARES
FacebookTwitterSubscribe
#mc_embed_signup{background:#fff; clear:left; font:14px Helvetica,Arial,sans-serif; } /* Add your own MailChimp form style overrides in your site stylesheet or in this style block. We recommend moving this block and the preceding CSS link to the HEAD of your HTML file. */
Subscribe To Our Digest!
* indicates required
Email Address *
Digest Frequency (select one or both) Daily Weekly/Monthly
(function($) {window.fnames = new Array(); window.ftypes = new Array();fnames[0]='EMAIL';ftypes[0]='email';fnames[1]='FNAME';ftypes[1]='text';fnames[2]='LNAME';ftypes[2]='text';fnames[3]='ADDRESS';ftypes[3]='address';fnames[4]='PHONE';ftypes[4]='phone';}(jQuery));var $mcj = jQuery.noConflict(true); 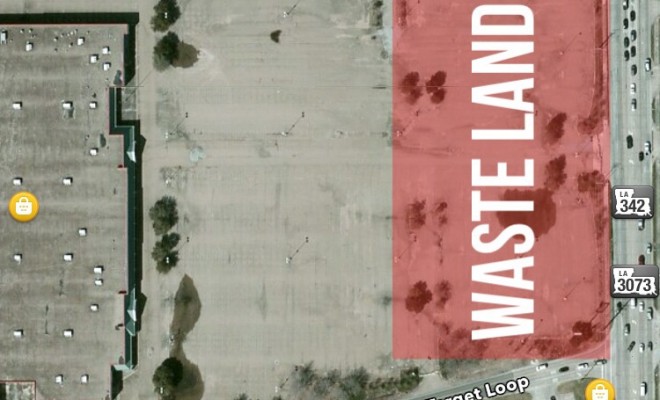 The Ambassador Way shopping center on the corner of Ridge Road and Ambassador still has some ways to go. A while back, I posted the plans for this development, but that was forever ago and it has changed slightly. In the photos of the plans below, you can see the current tenants in blue and the available spaces in Yellow. One of the blue areas, Dirt Cheap, has recently just opened. But the most interesting part of the development is obviously the front near Ambassador. There you can see three planned spaces each with their own identifying layout. The upper most layout(6) appears to be a bank, given that the rear has slots with arrows suggesting drive up banking. The middle(7) has a couple of key identifiers like a drive thru line, rear dumpster and the rare play area that many fast food chains have ditched. The only few restaurants still sporting a play area of any kind are select McDonalds and Chick-fil-A. Could this be a 3rd location for Chick-fil-A? It’s kind of unlikely due to the location down Ambassador already, but I don’t have that confirmed knowledge to say otherwise. Lastly, the bottom(8) appears to have an iconic “corner” similar to that of Walgreens and CVS. All in all, whatever goes here will be better than that vast desert waste land that it is now. 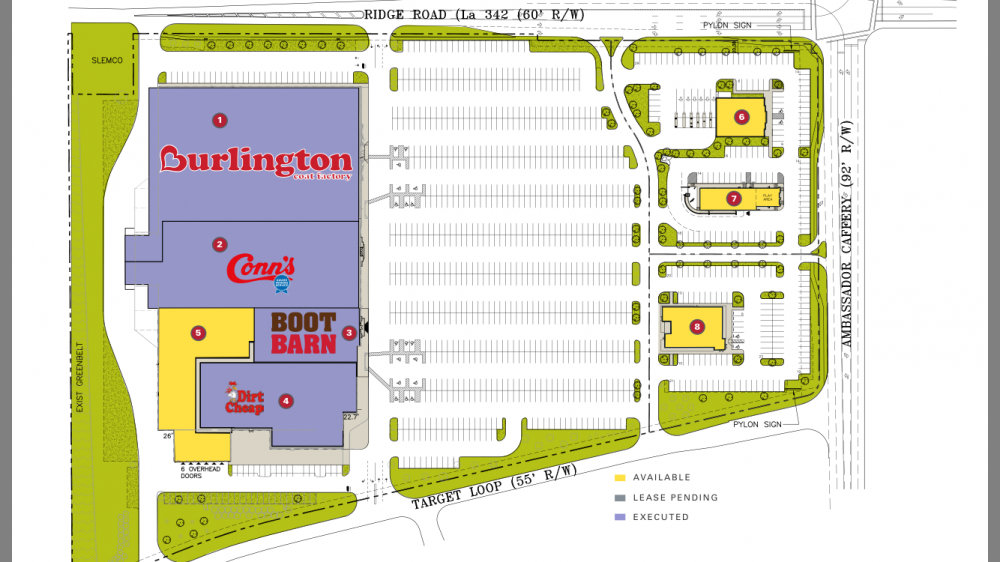 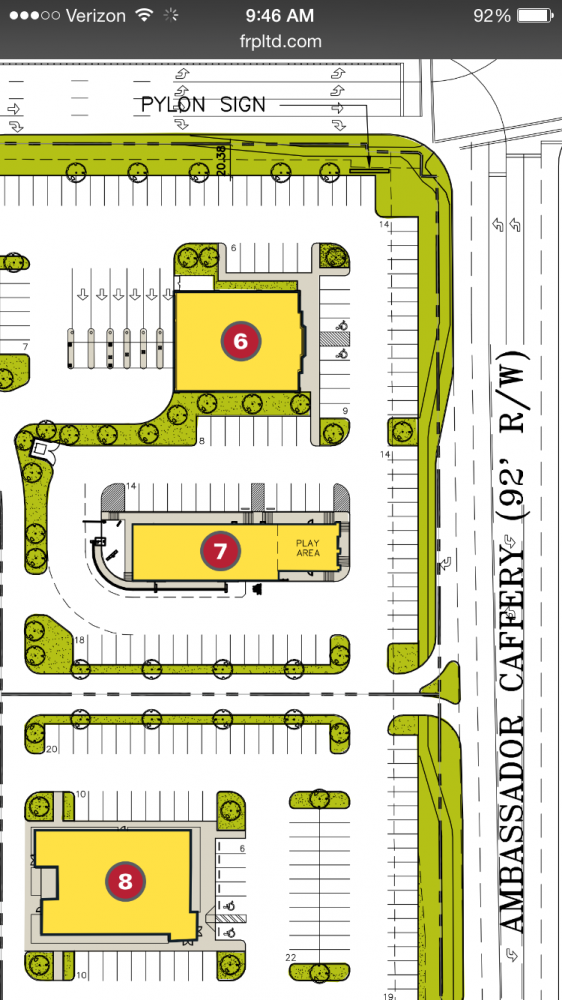 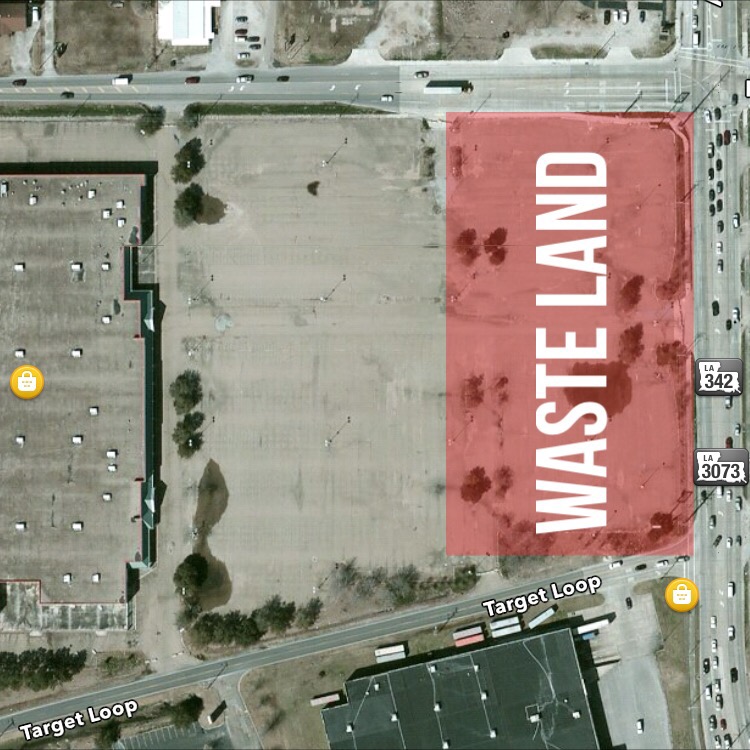 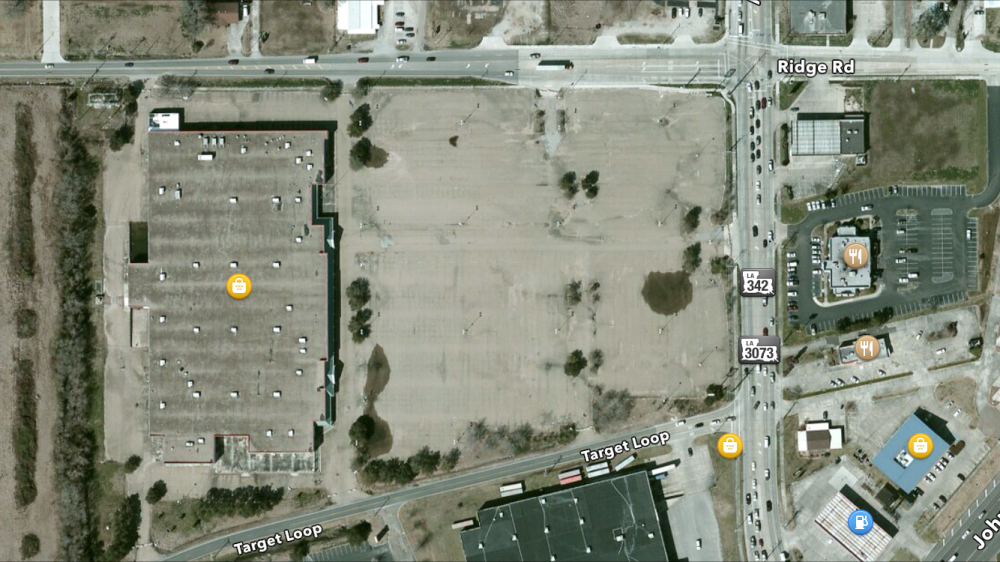