Improvements Are Happening At The Northgate Mall

349
SHARES
FacebookTwitterSubscribe
#mc_embed_signup{background:#fff; clear:left; font:14px Helvetica,Arial,sans-serif; } /* Add your own MailChimp form style overrides in your site stylesheet or in this style block. We recommend moving this block and the preceding CSS link to the HEAD of your HTML file. */
Subscribe To Our Digest!
* indicates required
Email Address *
Digest Frequency (select one or both) Daily Weekly/Monthly
(function($) {window.fnames = new Array(); window.ftypes = new Array();fnames[0]='EMAIL';ftypes[0]='email';fnames[1]='FNAME';ftypes[1]='text';fnames[2]='LNAME';ftypes[2]='text';fnames[3]='ADDRESS';ftypes[3]='address';fnames[4]='PHONE';ftypes[4]='phone';}(jQuery));var $mcj = jQuery.noConflict(true); 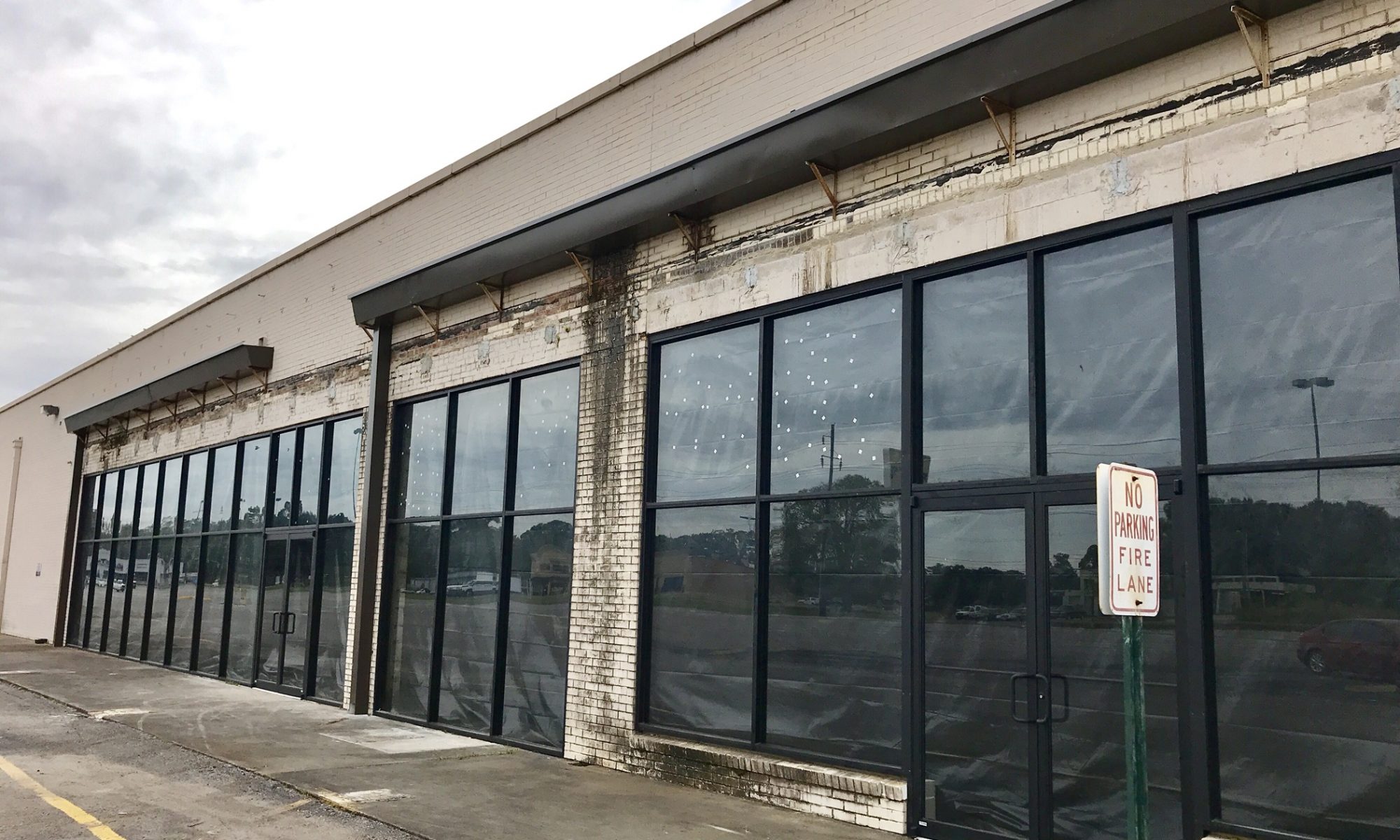 A few weeks ago, after being tipped off, we passed by the Northgate Mall at 1800 NE Evangeline Thruway and noticed something interesting. We noticed new windows being installed on part of the mall that has remained untouched for probably close to 20 years. The area of the mall that I am referring to is on the Northside facing Castille Ave, between Stage & The Real Deal, formerly Anna’s Linens.

I bet many of you have no clue that a grocery store used to be inside of the Northgate Mall. Yep, according to the comments on southernretail.blogspot.com, the once boarded up portion was a TG&Y and a Weingarten’s in the early 70’s, then becoming Safeway in the 80’s and finally, a McCrory’s throughout the 90’s. Also, on that website, it goes on to say that 94.5’s radio studio was in the Northgate Mall too! I bet Bobby Novosad was spinning records back then too. In all seriousness, I have been listening to Bobby since I was younger than 10 years old, I am 31 now. Though, now I listen to Napster, the legal version.

So back to the old Weingarten’s. We did some digging and found that the improvements are a general clean up, as of now. The property managers state, “nothing else exciting to report at this time”. I know it may not seem exciting, but I think it’s pretty exciting to see that some care is going into the old mall. Although, why would anyone invest that much work just for general clean up, huh? Hmm.

Below are photos inside of the old Weingarten’s as it stands currently. Also, shown below is an old flyer from the late 1960’s showing the grand opening dates of both Lafayette Weingarten’s locations, the Northgate Mall as well as Grand Marche when that was rockin’. 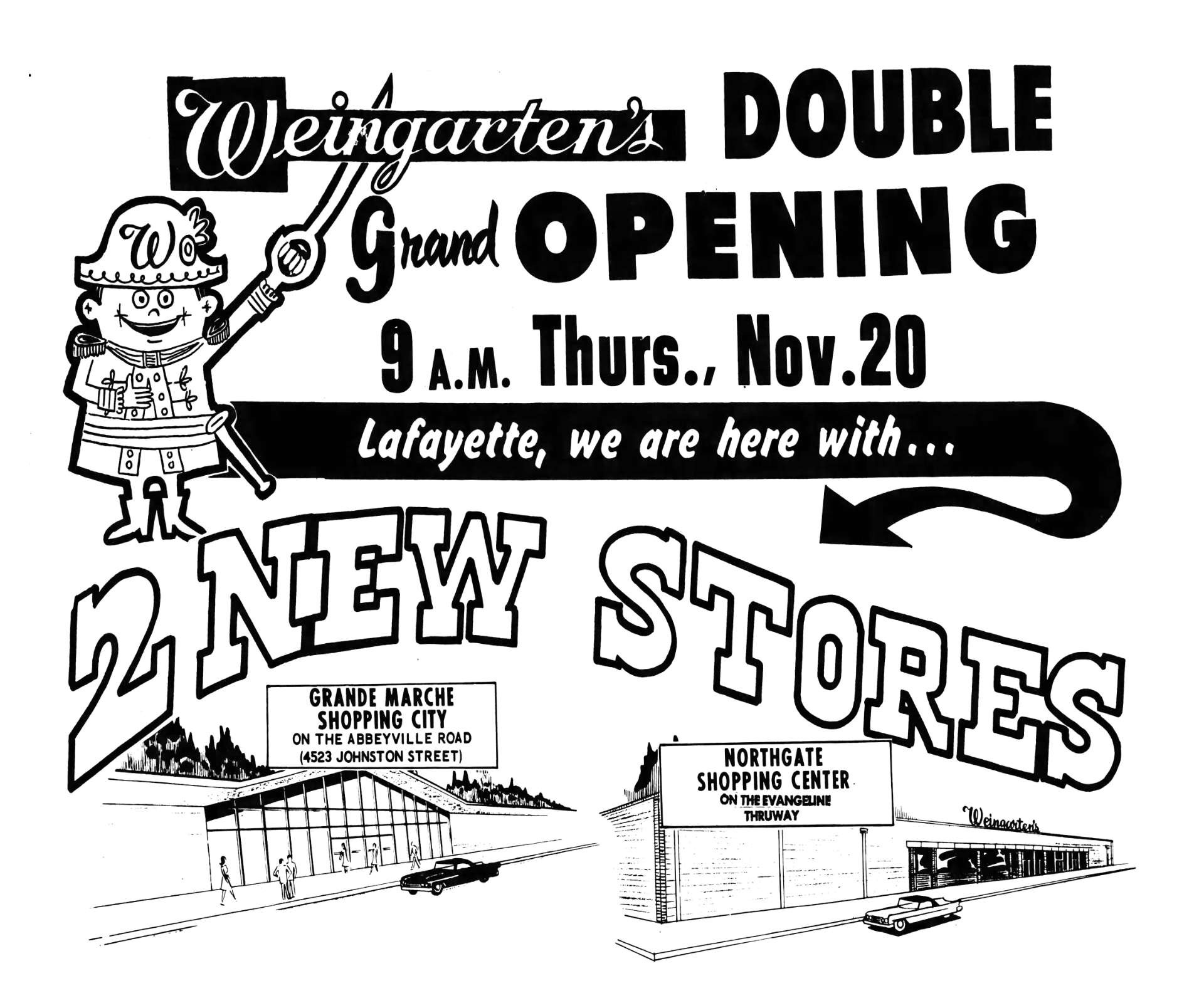 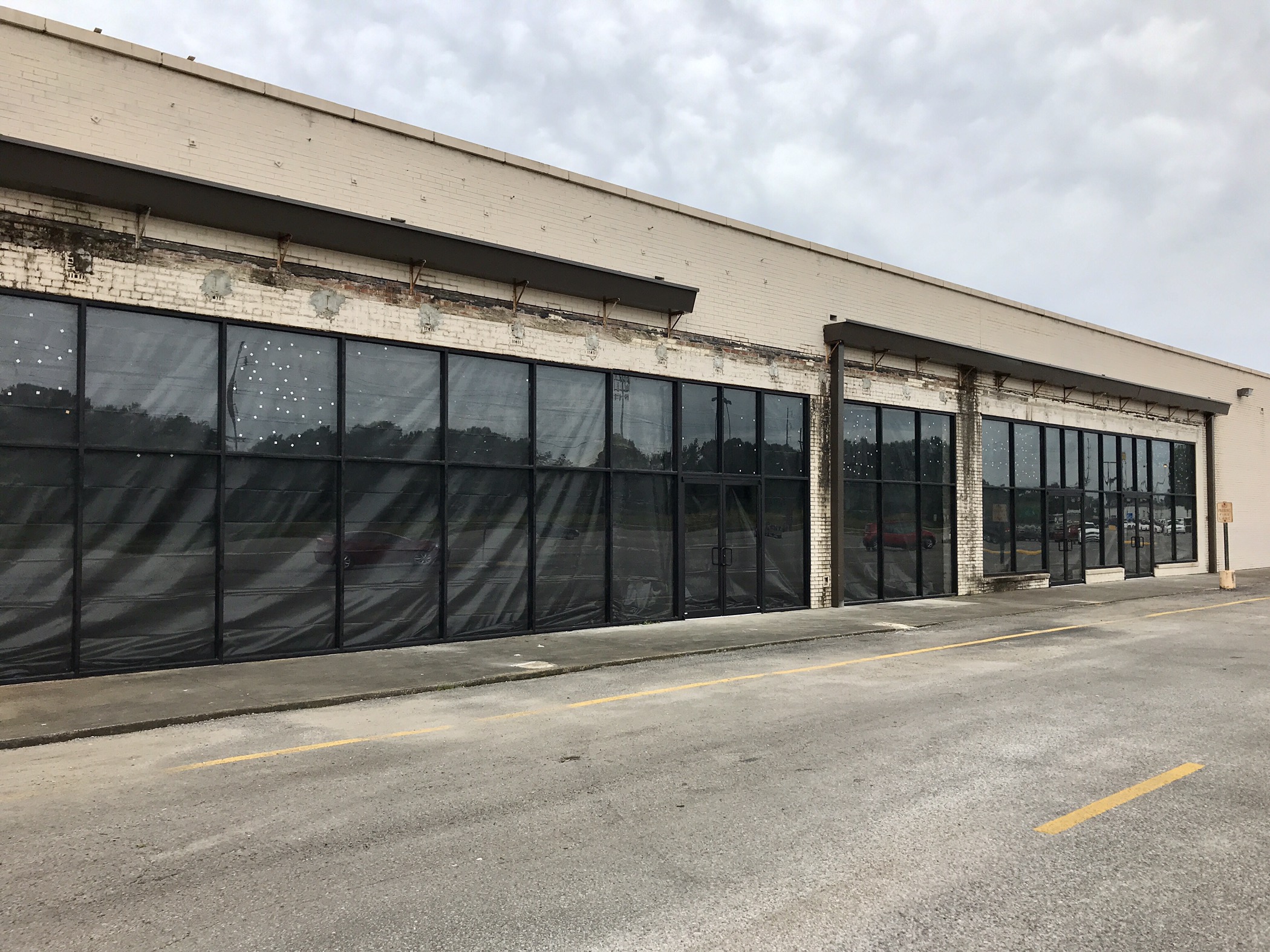 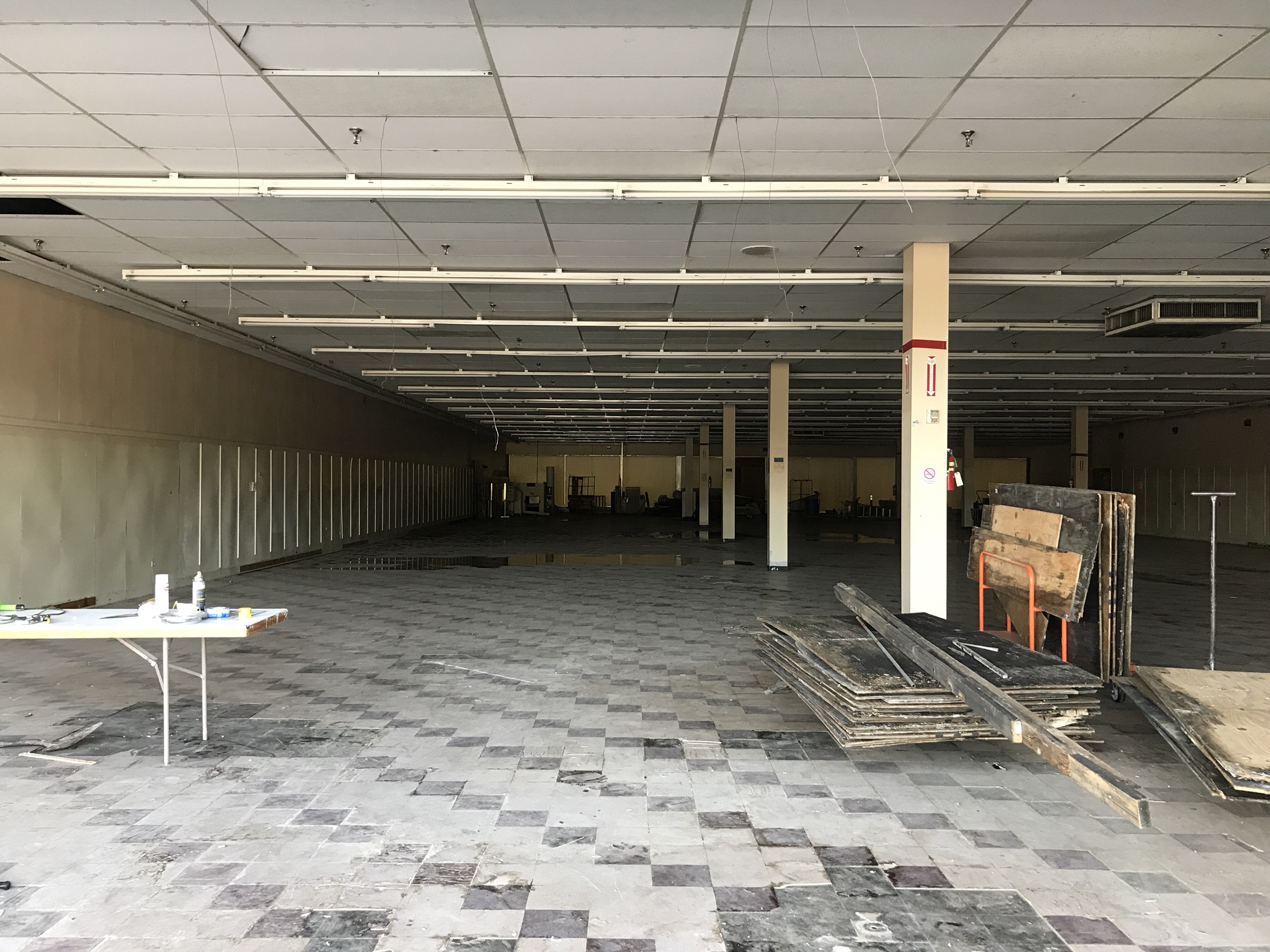 Inside of the old grocery store. 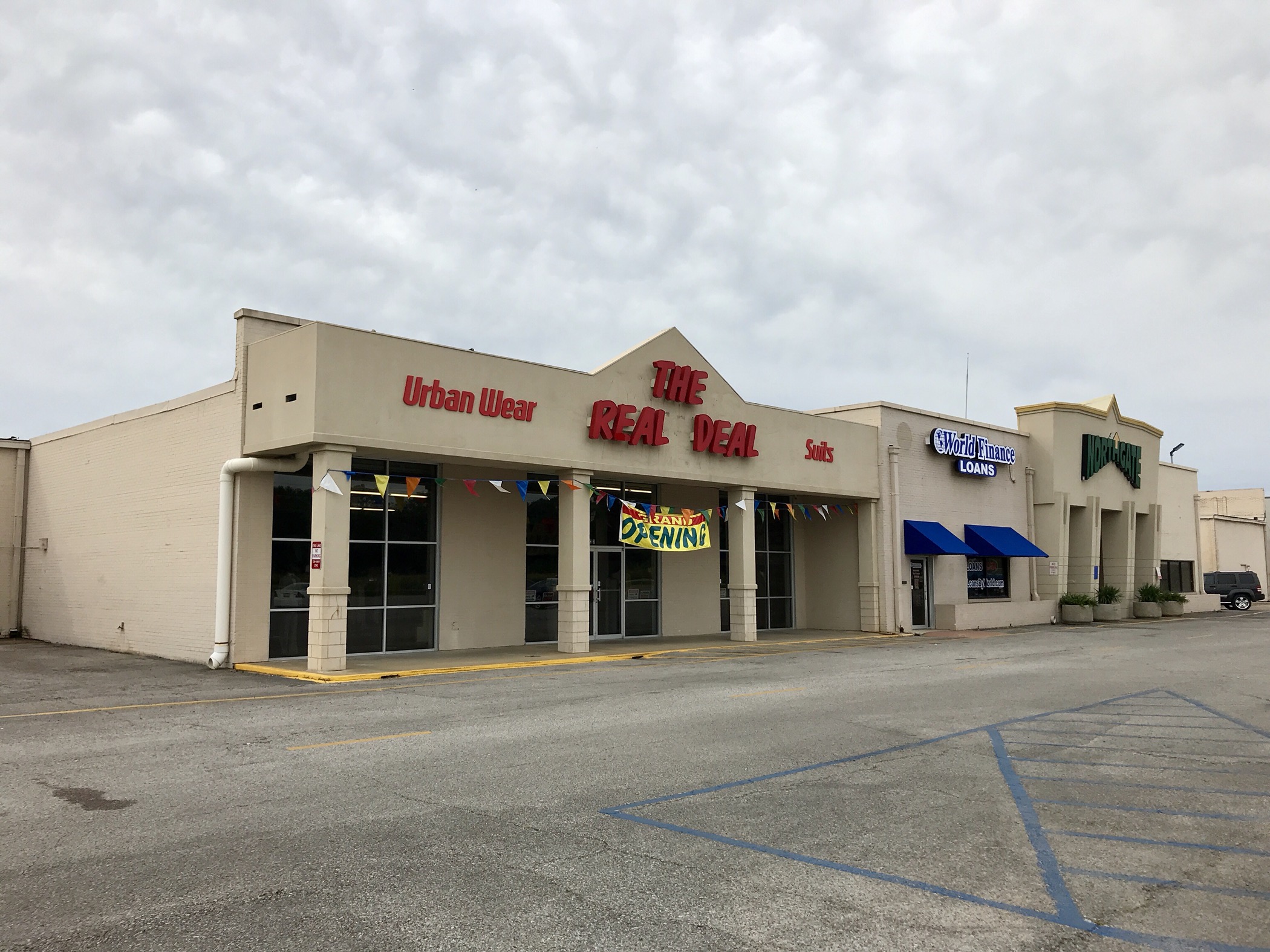