877
SHARES
FacebookTwitterSubscribe
#mc_embed_signup{background:#fff; clear:left; font:14px Helvetica,Arial,sans-serif; } /* Add your own MailChimp form style overrides in your site stylesheet or in this style block. We recommend moving this block and the preceding CSS link to the HEAD of your HTML file. */
Subscribe To Our Digest!
* indicates required
Email Address *
Digest Frequency (select one or both) Daily Weekly/Monthly
(function($) {window.fnames = new Array(); window.ftypes = new Array();fnames[0]='EMAIL';ftypes[0]='email';fnames[1]='FNAME';ftypes[1]='text';fnames[2]='LNAME';ftypes[2]='text';fnames[3]='ADDRESS';ftypes[3]='address';fnames[4]='PHONE';ftypes[4]='phone';}(jQuery));var $mcj = jQuery.noConflict(true); 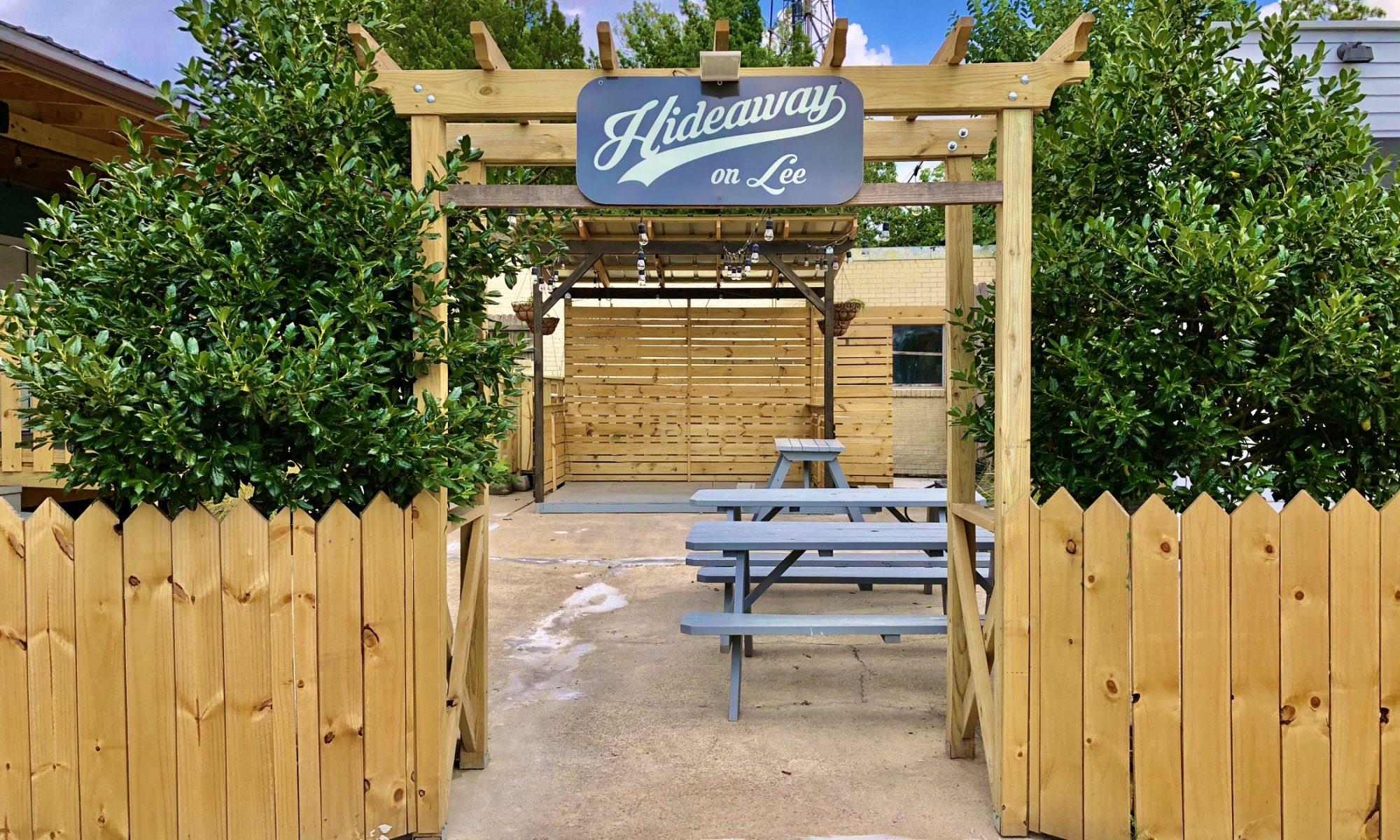 The Hideaway Kitchen, located at 407 Lee Street in Downtown Lafayette, is an inspiring old-world style burger joint and music venue, formerly called The Stand on Lee.

“Our kitchen is dedicated to classic Americana, the burger, serving both classics and regional burgers as well as our own creations.”

Along with smash burgers, the Hideaway’s seasonally-driven cocktails are a nod to the story behind the drinks and its origin. A dose of nostalgia will be served in the form of ice cream floats and seltzers such as egg creams and their homemade take on the spiked seltzer. The bar will serve elevated, but simple bar bites & shareables like pâté, pickle boards, cheese boards, olives, and salads. The perfect addition to Downtown Lafayette as they will be open late nights.

The Hideaway Kitchen property is comprised of two buildings. A small kitchen stand where all of the cuisine is prepared and an old home built in 1905 that has been renovated to serve a greater purpose. The old house was once home to many locals musicians and friends of those musicians.

Owners Wilson Savoy, Line & David Livingston purchased the old home and started renovations back in February of this year. The plan was to create a space that is inspired by the old hotel bars around the world while incorporating the intimate feel of a Louisiana house dance.

The old home received several upgrades including a new porch and men and women’s bathrooms. Over 100 hours were spent designing and measuring the house to make way for new handicap ramps designed for the tight space. All bathrooms and amenities are 100% ADA compliant. There are various indoor or outdoor dining spaces as well as a small music stage outside for quaint concerts along with a larger stage indoors for dance bands.

The Hideaway Kitchen opened their outdoor dining portion this week and plan to open the house portion once restrictions on dance is lifted. For more information and to follow them, check out https://www.facebook.com/hideawaykitchenonlee/.

Below is a full bio of each of the three owners provided via press release:

Wilson Savoy is a musician with the local Cajun band, Pine Leaf Boys, and a carpenter, born in Eunice, LA, and now lives in Lafayette. Wilson comes from a musical family and his interest in woodworking comes from his father who has built world-renown Cajun accordions for over 50 years. With his bands, including the Savoy Family Cajun Band, Wilson has traveled to over 30 countries, playing music in Saudi Arabia, Dubai, Malaysia, Latvia, Macedonia, Italy, Denmark, Germany, France, England, and so on, and in 2012, Wilson received a Grammy in Regional Roots for the album “Courtbouillon” with local legends, Wayne Toups and Steve Riley. Wilson was a guest actor on HBO’s “Treme” and had a guest appearance with Sean Penn in “All the King’s Men”. Today, Wilson spends his weekdays renovating houses or building new porches and houses around Lafayette, and he spends his weekends playing with the Pine Leaf Boys locally and abroad.

David Livingston is the owner and engineer at Lonesome Whistle Recording. David went to college at Full Sail University in Orlando FL and earned an Associate of Science degree in audio engineering.
David moved to Miami FL after hurricane Katrina to pursue a career in the recording industry. He worked for Grammy award-winning engineers in one of the largest studios in the country Hit Factory Criteria and supersonic studios under Grammy award mix engineer Gustavo Celis.
David moved back to Louisiana in 2007 to work in live sound for a venue in downtown Lafayette as well as Technical support for the largest audio equipment manufacturer in the United States. He has worked in live sound for 16 years alongside recording bands and solo artists in studios as well as in a live music venue settings.

Line Livingston (Line ‘Em Up Music Company) is a DJ, music industry professional, and a lover of music. Line relocated to London from her native Denmark because of that love of music, she founded Line ‘Em Up Music Company in 2012. She has since lived and worked in both London and NYC, always working within the music and broadcast industries.
Along the way, she has found time to organize several events in London, booking bands, and DJ’ing. The company has recently been relocated to the U.S. and is operated out of Lafayette, Louisiana.
Line has 15 years of music industry experience working with artists, record labels, music publishers, and broadcasters such as Channel 4 Television, Viasat Broadcasting, EMI Music Publishing, One Little Indian Records, and many more.