Former Shoney’s Restaurant Gets Roof Repair… For What?!

387
SHARES
FacebookTwitterSubscribe
#mc_embed_signup{background:#fff; clear:left; font:14px Helvetica,Arial,sans-serif; } /* Add your own MailChimp form style overrides in your site stylesheet or in this style block. We recommend moving this block and the preceding CSS link to the HEAD of your HTML file. */ 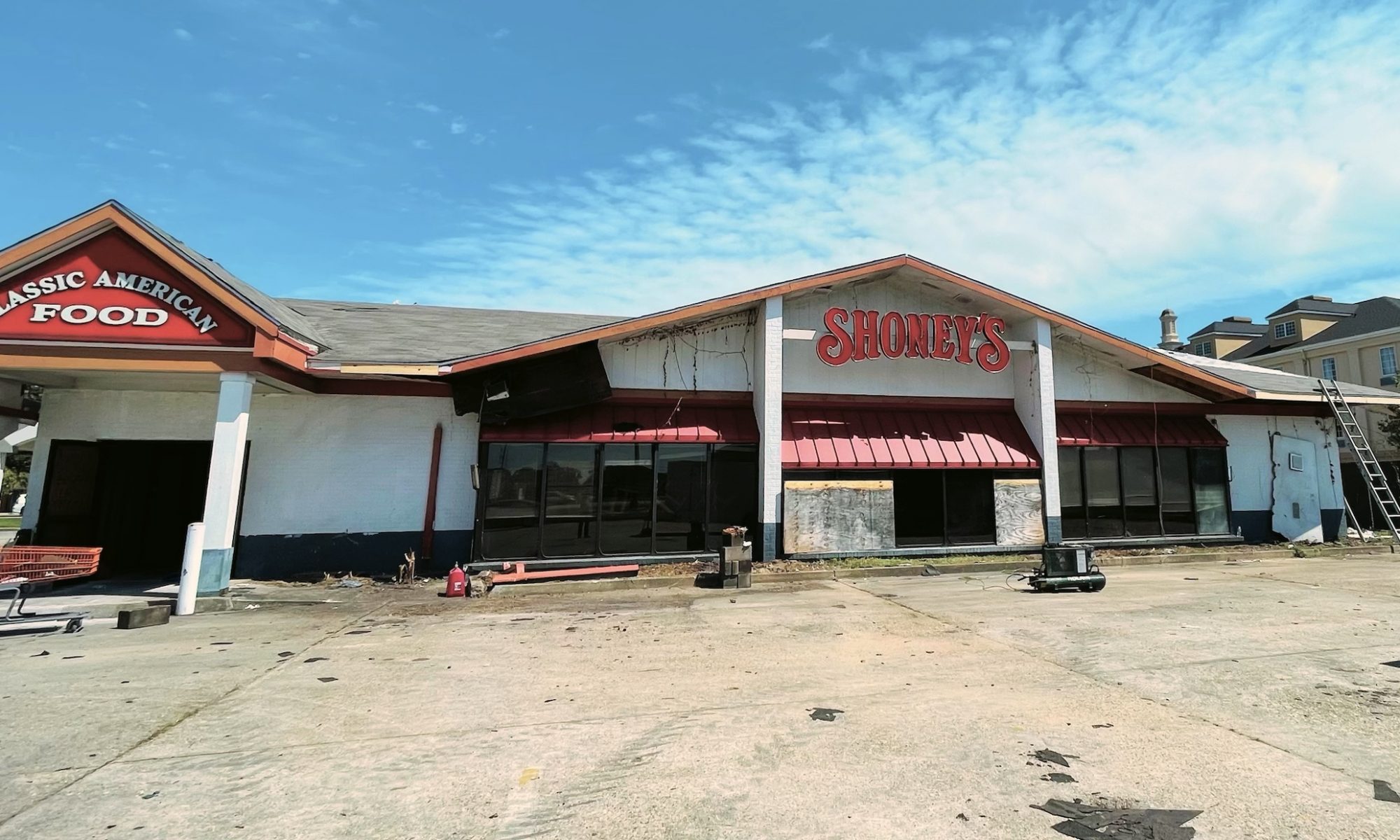 The former Shoney’s Restaurant at 2208 NE Evangeline Thruway in Lafayette’s Northside is getting what appears to be a new roof. But why though?!

TL:DR — We attempted to call the owners of Shoney’s Restaurants in Atlanta, Georgia with no success.

Shoney’s of Lafayette has been closed for around a decade and yet seems to be somewhat maintained over the years. And by maintenance, we are talking about grass cut & shrubs trimmed routinely. And now the building, which is slowly decaying, is receiving roof maintenance!

So where do we go from here? I guess we shall wait and see. If they were to bring back Shoney’s, that would be wild. Though, we aren’t sure if it can make a comeback, honestly, or can it?

I wish we had more guys. We tried.