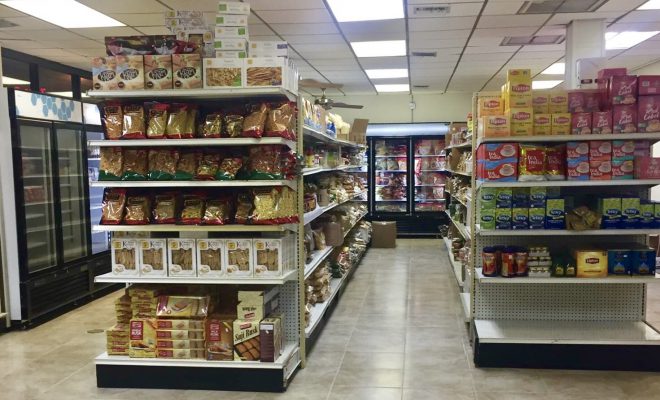 Desi Spice Bazaar is in the Liberty Tax building on the corner of Johnston & Guilbeau.

According to marketing from Desi, they carry the largest selection of naan breads & speciality ice creams in the region.

In case you need it –

noun • a person of Indian, Pakistani, or Bangladeshi birth or descent who lives abroad. 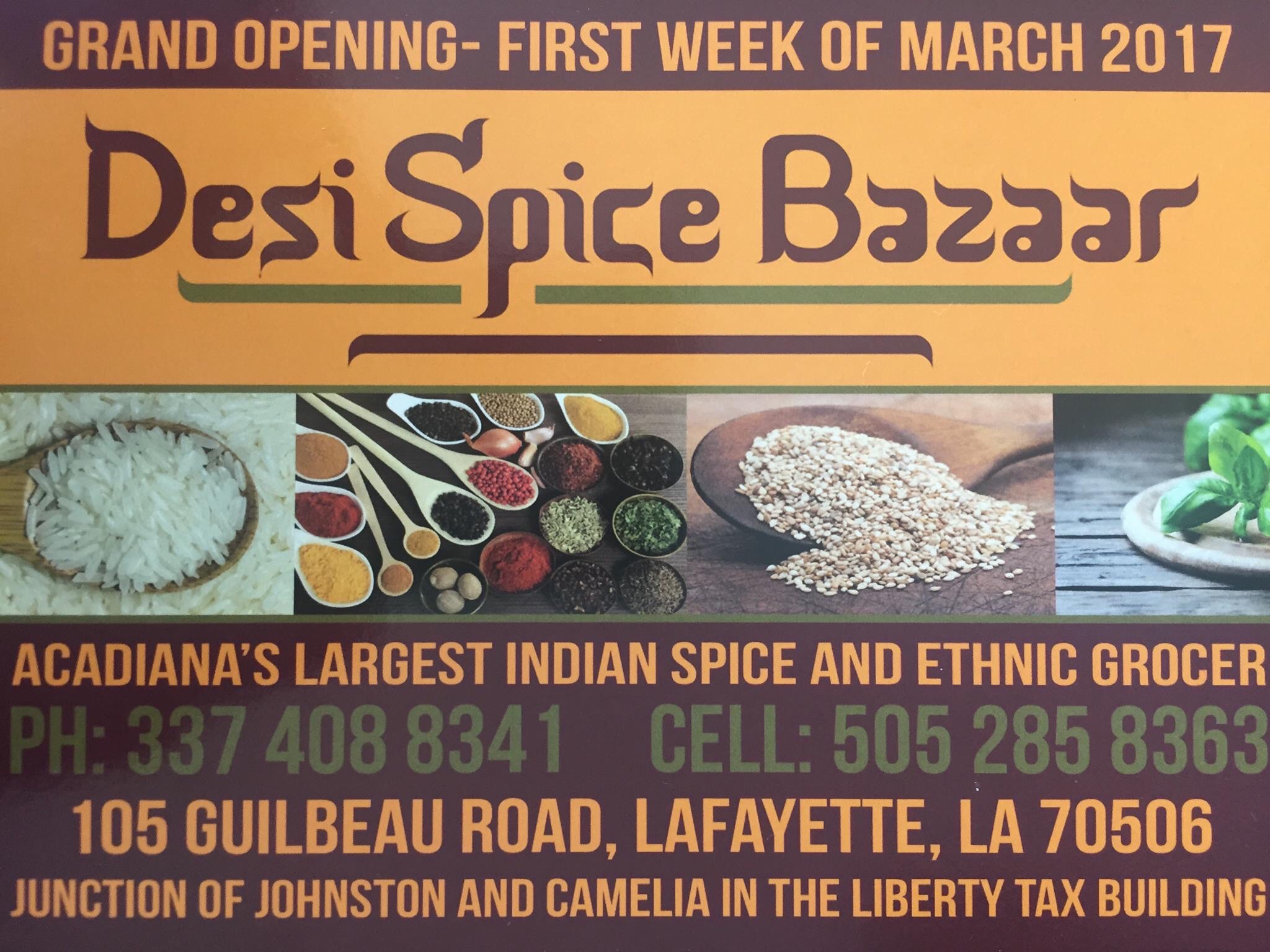 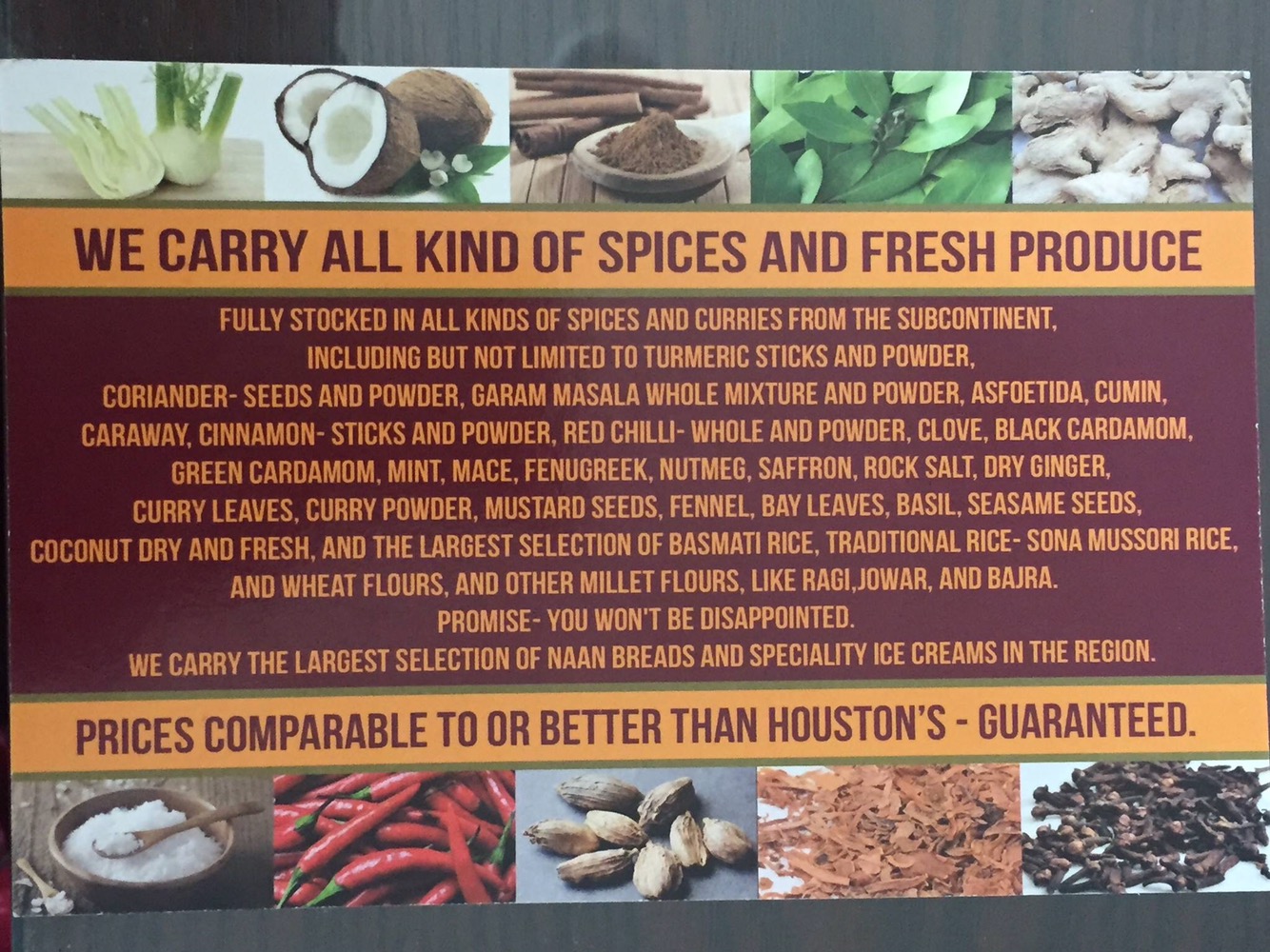